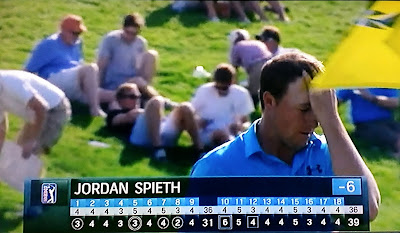 Parachute Ride
for Jordan Spieth on Friday.  It looked like he was about to repeat his performance at HERO by destroying the field at Memorial Friday. 6 Under on the front nine and looking like nothing could stop him. Something did. The greens at Murfiled Village. He missed 5 or 6 birdie puts inside 10 feet. including at short 6 footer following a great approach shot. In his defense, the spotty, lighting fast greens have befuddled everyone so far this week. 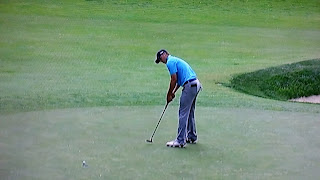 Jordan is a quick study though. At 21 we already speak of him like we would a Steve Stricker, and rightfully so. He is very capable of figuring out the greens and turning in two 8 under rounds to once again make the rest of the filed look like children. 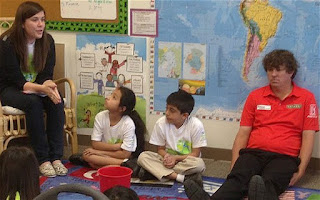 Up against the Wall Motha Duffer
a few years before I discovered Jordan Spieth on the bet sheets - I locked onto a chubby, wild haired wonder named Jason Dufner. His laconic nature wasn't for everyone. Too my delight the rest of the world caught on and the Dufnering craze began. I used to refer to those who still knocked him as Anti-Dufites. 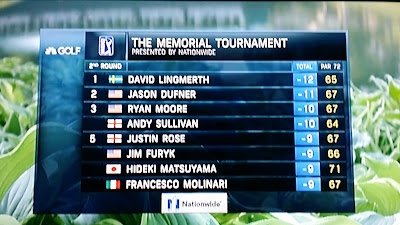 He's Back?
After disappearing from the leader boards, and what must have been a painful divorce, his lack of emotion comes in handy. You could never tell how he felt anyway. No emotion after a 40 foot birdie put or approach shot within inches of the cup. BTW he drained a 40 footer that had more slope than a turn at Daytona Friday.  He is presently in sole 2nd (-11). His only challenge in the past was the short puts. If he keeps throwing darts at the pins and makes the short ones this weekend - his ex will have to see him again or turn off the sports channels. 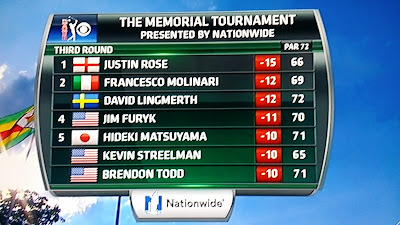 Justin Rose
Jumped out to what may be an insurmountable 3 shot lead (-15) on moving day.


Jordan Spieth
was an also-ran, again, so far this week. He's back in the pack with a mediocre (-6).


Tiger Woods
shot an (85) the worst round of his PGA career on Saturday, at a course where he had never missed the cut and had won 5 times. 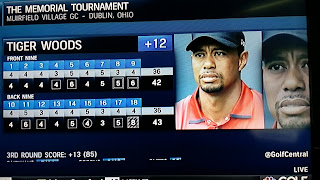 The Trouble with Tiger
"There may be a perfect swing out there - but executing it consistently will be just as difficult as finding it."
Full Article 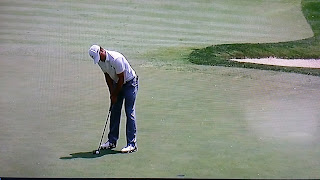 Jordan Spieth
missed a dozen puts around 10 feet this weekend. He is 200th for puts from 5 feet. Those are the ones where he looks at the hole. Enough Jordan! That is like looking at the right field fence and trying to hit a baseball. Do your job McCormick, and make him stop. In his defense, the greens were tricky. OK,  I'll give him 6. That leaves 6 he should have made. 6 + 13 = 19 and an easy win. 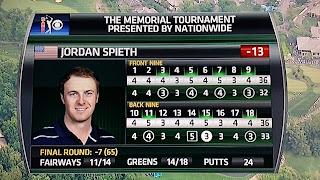 Valiant Effort
Spieth did mount a great comeback on Sunday 7 Under.  But once again, it was too little too late.The competition is stiff. He'll need two low rounds to win again. 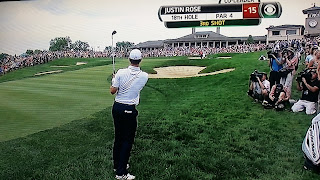 The Best Golf
began on the 18th hole. Rose in trouble in the rough - stuck an approach within 3 feet to force a playoff. Rose and Lingmerth then expertly traded punches 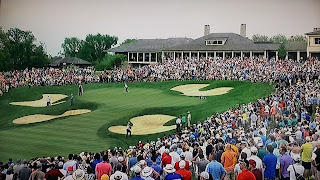 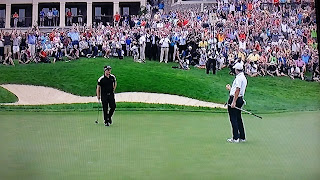 
Justin Rose
drained a long put and finished with a fist pump. 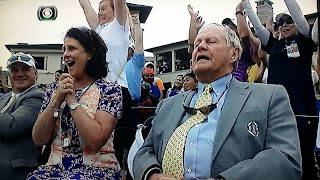 King Nicklaus
held court from a folding chair just inside the gallery. Justin's mom celebrated next to him. 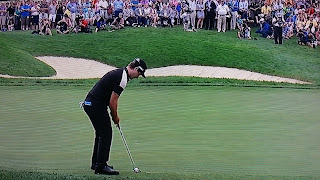 It wasn't over though
with thousands of silent fans watching in expectation - Lingmerth sank a slippery downhill 7 footer to force another playoff hole. 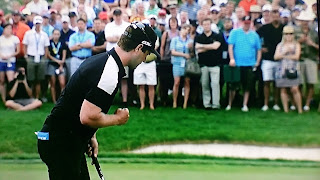 The Final Fist Pump
belonged to David Lingmerth. He would outlast Rose through additional holes and take the victory. 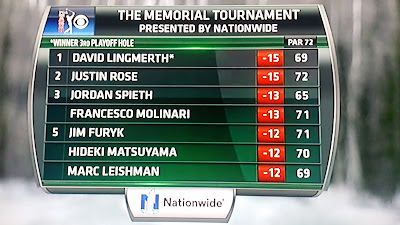 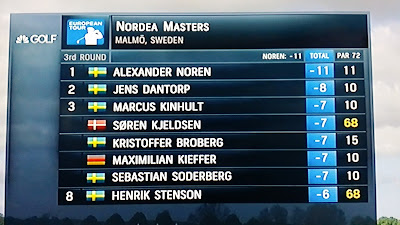 Follow Your Gut
There is something to be said for intuition. I'm not making this up - I swear.  Alex Noren's name popped into my head 4 or 5 times in the last two weeks, out of the blue for no reason. I'm not a believer in ESP, but I do believe in subconscious deductive reasoning and dumb luck. When a name pops into my head - I usually put $5 on them. I was in a rush when I made my bets and left Noren off my list.

Our brains collects a lot of data, most of which - it doesn't tell us about. Let's hope my internal Psychic Friends Network was wrong. When you don't follow your gut - that number in your head usually hits on the roulette wheel. Not a good feeling. 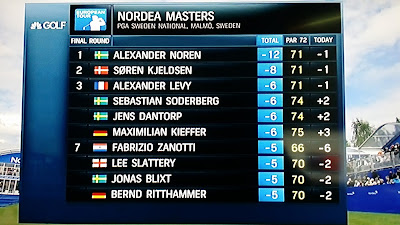