RBC CANADA
No let down after the open for me. Excited about the return of Patrick Cantlay!
He hasn't played for 7 weeks - but I'm on him like white on rice! Hes an old soul and just might hit the ground running.
The Odds on Fav is Matt Kuchar though with 3 top 10s in a row at this event and 2 recent top 10s coming in. Price tho @ 10-1
If you're looking for a Canadian winner - David Hearn has been trending and has a 3rd here 2 yrs ago. A great long shot here is Jared Du Toit @150-1, 7th here last yr and a top 10 coming in.


PORSCHE
Really strange, my top 2 picks on the Euro this week are scratched?
Bland and Southgate ranked highest but wont make the trip I guess?
Good value on other trending players. I'm big on Karlberg, Hebert and Longshots Bjerregard, Fisher and Kruger

THREE IN A ROW!
WINNER! OUR TOP PICK - JORDAN SPIETH!
3 WINNERS IN THE LAST 3 WEEKS! 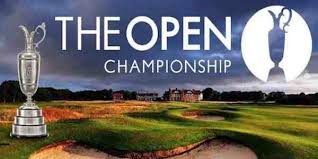 I'm tempted as always to put in all on Spieth. But, you could make a case for Rahm or Keopka just as easily. I opted to cover several favorites, mid- range and longshots.
Notables
Sergio has the best record here, but, he and Rose use the Claw Grip putting. Not a fan. They both missed several short puts in The Masters using that technique. Rafa Bello could also continue the trend of Spanish domination.
Fowler loves links, but, he'll have to close in a major? No sure things this week.
Dustin and Rory not in the story this week. They could show up and dominate. Neither are on my radar this week - may be a mistake? Jason Day is great at majors and may be the biggest threat of those not in the spotlight this yr.
Spieth has he course management skills and came close at The Open before. I just wish he was talking less and not dismissing dominance - including his own?
Rahm just tore up Europe, so he is worth covering. The question is, will this links course test his temper?  Keopka hasn't gotten much attention and looked a little angry. That may help or hurt his chances.
Stricker has been trending hard. Yeah he's old, but, he was 4th at The Open last year!
Harrington is old as F*ck too, but, he knows how to play these courses and shot low rounds at The Scottish Open.
Leishman and Kjeldsen rank high recent and at recent British Opens.
Fox, Fritelli, Southgate are trending young stars on EuroTour that are worth a few bucks at huge odds.
Dufner does not rank high, but he can throw darts and sink long puts, like him @125-1.
Tommy Fleetwood grew up on this course and has 2 top 10s going in.
Justin Thomas is having a playoff yr with 2 early wins and 3 top 10s in the last 10 weeks. Hes coming off 2 MC's but can close if you finds his groove.
Daniel Berger is coming off 2 top 5's and could compete.
Last but not least is Xander Schauffele. I loved his mature demeanor and smart play in his recent win. He has the tools to contend and the stones to close. We'll see this week if he is a force to be reckoned with. Worth $5 @200-1.

Here are my personal Rankings and Top Picks. My personal bet sheet for Westgate Las Vegas is (below).  I usually use http://golfodds.com to get the odds at Westgate - but they never updated it and show several players scratched (X) that are actually playing - like DeChambeau. So, for Vegas you need to get a sheet at the book.

Posted by Rick Jansen at 8:17 PM No comments:

BACK TO BACK WINNERS!
Our Pick John Deere
Bryson DeChambeau Wins!
_______________________
Scottish
Most of last weeks first page finishers are in the field at Westgate. Bet them online if you can - at Great Odds! I'm staying on players Trending off the Irish Open (In Black)
Also, Ross Fisher is overdue and played well here

John Deere
Danny Lee is Due but pricey at 20-1
Staying with trending players from last week (In Black)
However, a couple of great sleepers
Johnson Wagner and Kelly Kraft - Trending and Good @ Deere.
Troy Merritt has MCs but as recent Top 10. Online @ 250-!

Several of my Top Picks area at Great Odds this week.

Things have changed over the years. Online wagering is legal in most states now. This adds a whole new dimension to golf betting - Live Bets... 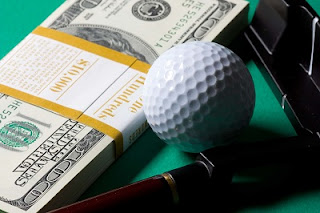