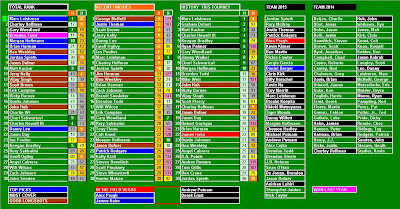 YOUNG GUNS
like Spieth, Thomas, Berger, Morgan Hoffman, Harman and Danny Lee
are likely to battle it out this week. I do like Jordan Spieth big to win.
Marc Leishman
ranks highest for this tourney.

Off the Board in Vegas
I'm still big on young gun Alex Prugh and James Hahn- BUT - there are in the field on the bet sheets in Vegas. 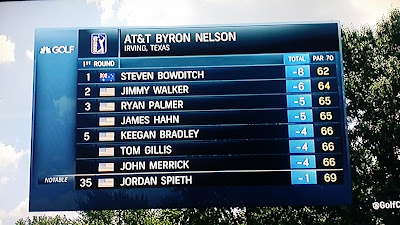 Young Guns
Spieth, Thomas and Keopka were paired together. They did battle. Justin Thomas caught fire early  (-3) under after 5 holes. Then he gave it all back with 3 straight bogies and finished Even.

Jordan Spieth
played a clean game as the elder statesman in the group. However, he missed 5 puts inside 10 feet and a chance to take the lead.  He'll have a chance to make up ground and out-perform Rory this week. McIlroy (+9) is likely to miss the cut at his Irish Open. Jordan plays in the morning wave Friday. The greens should be soft and score-able.  However, he said he prefers dry conditions on this course - he wont have those in the morning. In fact - moisture is like to hang around all weekend. He may need to rethink his strategy - if he want to gain ground in his race for world #1.
We Need a Golf Channel.  You wont get to see Spieth or Thomas play Friday, They Tee Off at 6am (PST) coverage on "Golf Channel" starts at 1pm.  Too bad we don't have a channel that actually shows golf tournaments.

Steven Bowditch
lit it up with an 8 Under on Thursday. However, he has missed the cut here most years and is unlikely to go wire to wire. The leader is at (-8), but the leaders are at 5 and 6 under. The morning wave Friday has a good chance of being on the first page by Saturday

Jimmy Walker Sole 2nd
scares me a little, he was 76th in recent finishes, but placed 8th here last year. He is only 2 back of Bowditch, playing near home and is still one of the best players on tour.
Our Picks - Hahn and Palmer
are right in it at (-5). Vegas screwed us on Hahn - he was off the bet sheets in Vegas again this week. 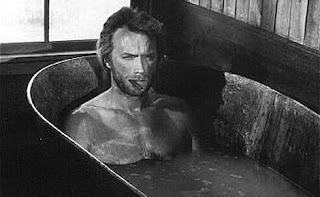 Wyatt Erp (Jordan Spieth) Returns
and he shot the eyes out of the back 9 on Friday. He's hold up at the hotel down the street smoking a cigar in the bathtub. He may be playing with his roommate Justin Thomas and was outwardly supportive of his playing partners. But he's not playing around. He came for the bounty and sees the Byron Nelson as a Major in his career. For a few dollars more, he'll send his posse to the undertaker. 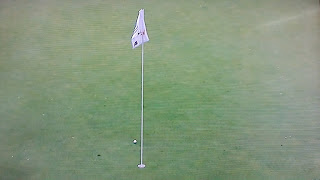 Shots Like This
allowed Jordan to end his round with 3 straight birdies and finish (-6), just 3 shots off the lead going into moving day.  Odds are he'll keep moving - everybody wants a piece of him. He's hunting down the world #1 and Doc Holiday was just shot down in Ireland. 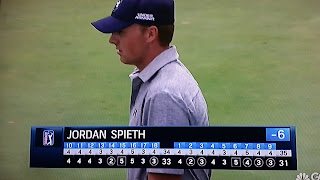 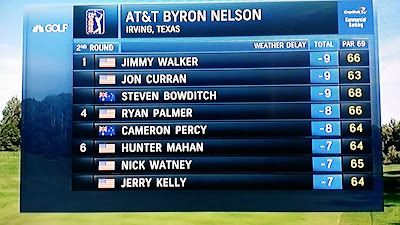 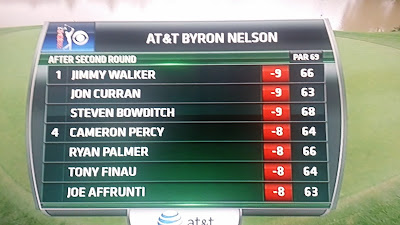 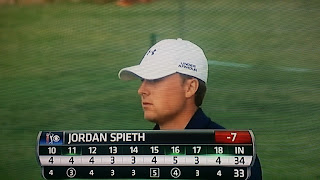 The Quick and the Dead
Wyatt Erp (Jordan Spieth) did not face off with anyone in the town square yesterday.
He is well back of a posse composed of common folk - leading the tourney. 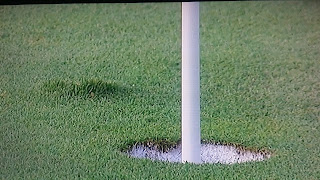 Aces Wild
He did shoot a playing card out of the air for the townspeople. A near Ace on his tee shot on the par 3 17th sent the crown into a musical dance number straight out of "Paint Your Wagon". It missed by inches, then spun back 4 feet. He went on to miss that put. 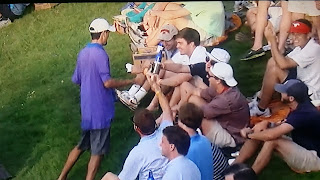 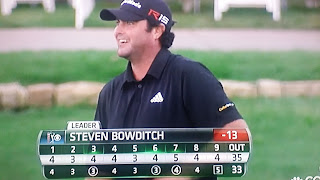 As I reported (above) in Round 1 - Jordan likes that course dry. It could not have been wetter. His scoring prophesies were way off though. He expected 12 under by Friday night. Lucky for Jordan, Steven Bowditch holds the lead at just (-13) going into Sunday. The leaders are only at 10 and 11 under. Spieth will still need 4 under on the front 9 and 4 more on the back to have a shot at saving the town. 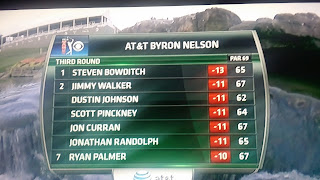 Jimmy Walker Texas ranger
and (Our Pick) his Deputy Ryan Palmer are staked out on the roof of the hotel - looking to pick off anyone who steps out into the strreet in the monring.

Spieth and McIlroy Expected to Dominate
Instead -Rory missed the cut at Irish and Spieth never got it going at Nelson. 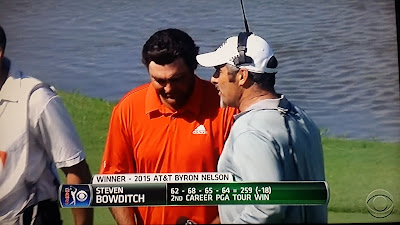 Steven Bowditch Dominated the Field
Other than a minor slip, he hung tough and literally ran away from the field on the back 9 on Sunday. 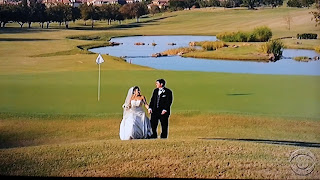 His stats were not good coming in. Stats don't tell us he lives there and had his wedding on the course. 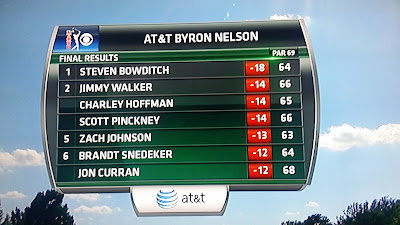 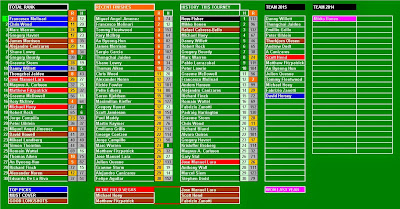 Rory McIlroy
missed the cut last week and at the last 2 Irish Opens. Yes, this he is hosting this week, but that can be a distraction. Always dangerous - but not buying him at 3-1. I got burned not betting him a few weeks ago. Could be a big mistake - you make the call?

Francesco Molinari
is the highest ranked player for this tourney. I like his cool demeanor and experience on this course.

I Love - Danny Willett, and Chris Cook
Both are playing well and are good at the Irish.

Great Longshot - David Horsey
This may fizzle - BUT - he has contended recently and played great at this course in the Walker cup 2007. 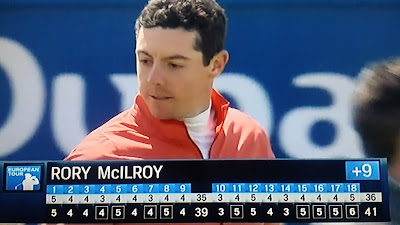 Rory McIlroy 3-1 Again?
The Sportbooks in Vegas really need to get a grip. A missed cut last week and 2 years in a row at the Irish Open = 3-1?.  As I mentioned pregame - I'm not buying it and glad I didn't. Rory will be fine, but he won't win every week. Not even Tiger did that, in his heyday, and he rarely went for odds less than 6 or 7-1. He is arguably the best in the world, when he is on. The real race for #1 will come down to who wins more often, Rory or Jordan. Rory can dominate with length and a great all around game. Jordan may have an edge in the consistency department with a more controlled course management style. 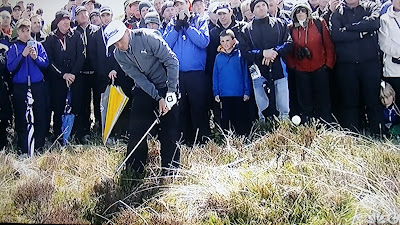 Others Struggled Too
The look on Fowler's face tells the story, and he was the only one in the group to break even on his round. Kaymer was 7 Over. 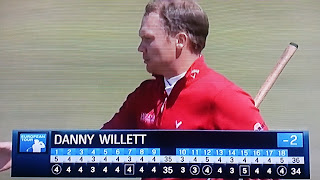 Our Top Pick Willett
showed up as expected on the first page day one. He along with Chris Wood, Horsey and last minute cover Grillo are all in the mix with a host of others. 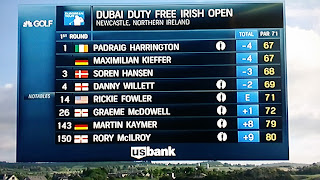 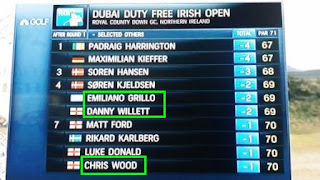 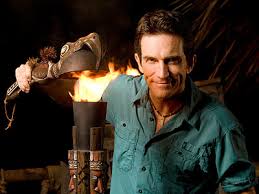 Survivor Irish Open
continues with a leaderboard that snuffs out the torches of potential winners on a daily basis. You don't win the Irish Open - you survive it. I've always said - golf is like a camping trip, but you get to hit stuff. Some of the best players in the world have lost their flint, and were medicated off the island. Those who remain will try to form an alliance with a course that dos not favor the weakest player to make the final three. 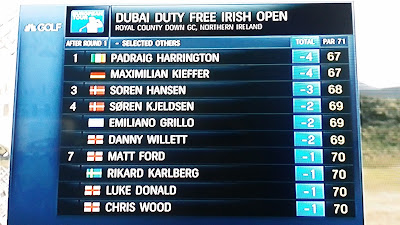 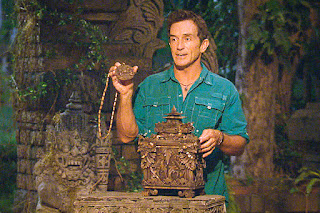 Big Moves on Survivor Irish Open
Several players must have found hidden Idols or something. The course record is 5 Under.  Max Kieffer shot 6 Under today!  Kedjelson leads after a 4 Under 3rd round.
We'll have to wait till Sunday to see if these trinkets are real? 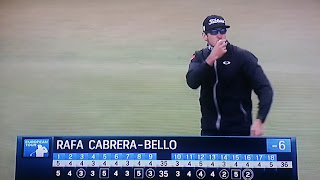 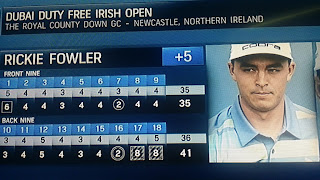 Fowler - sent to Redemption Island
on Sunday with a 2, 8 ,8 finish Saturday. 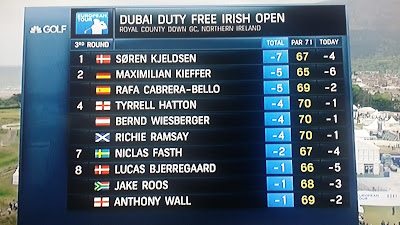 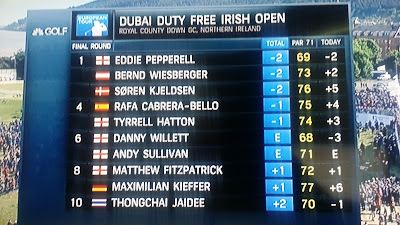 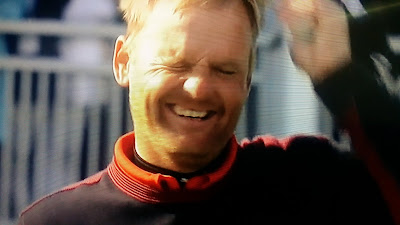