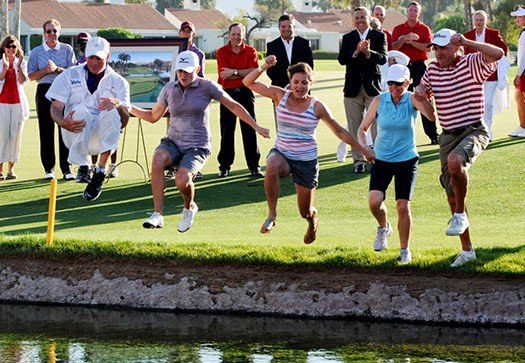 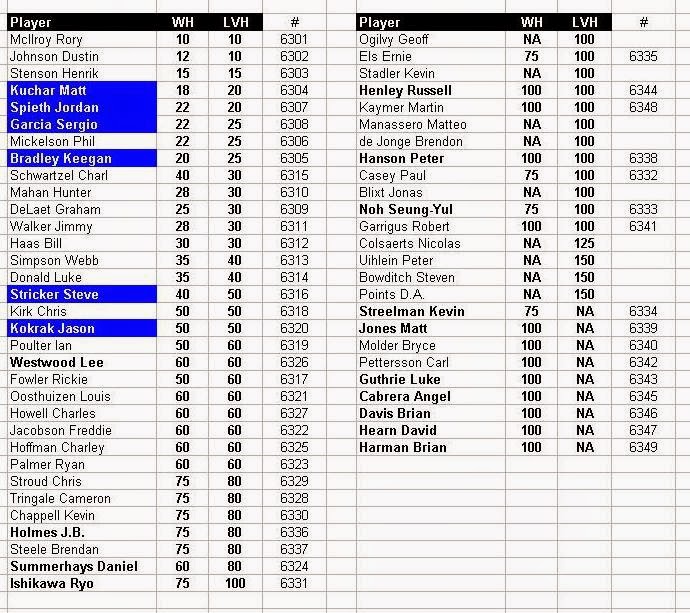 
Morning Wave
Sergio Garcia "Un Fuego"
I think that means "On Fire" in Spanish. Please excuse my Espanol.
He has lit it up Through 13 holes (-9). He is a Top Pick in Power Ranks (Above). 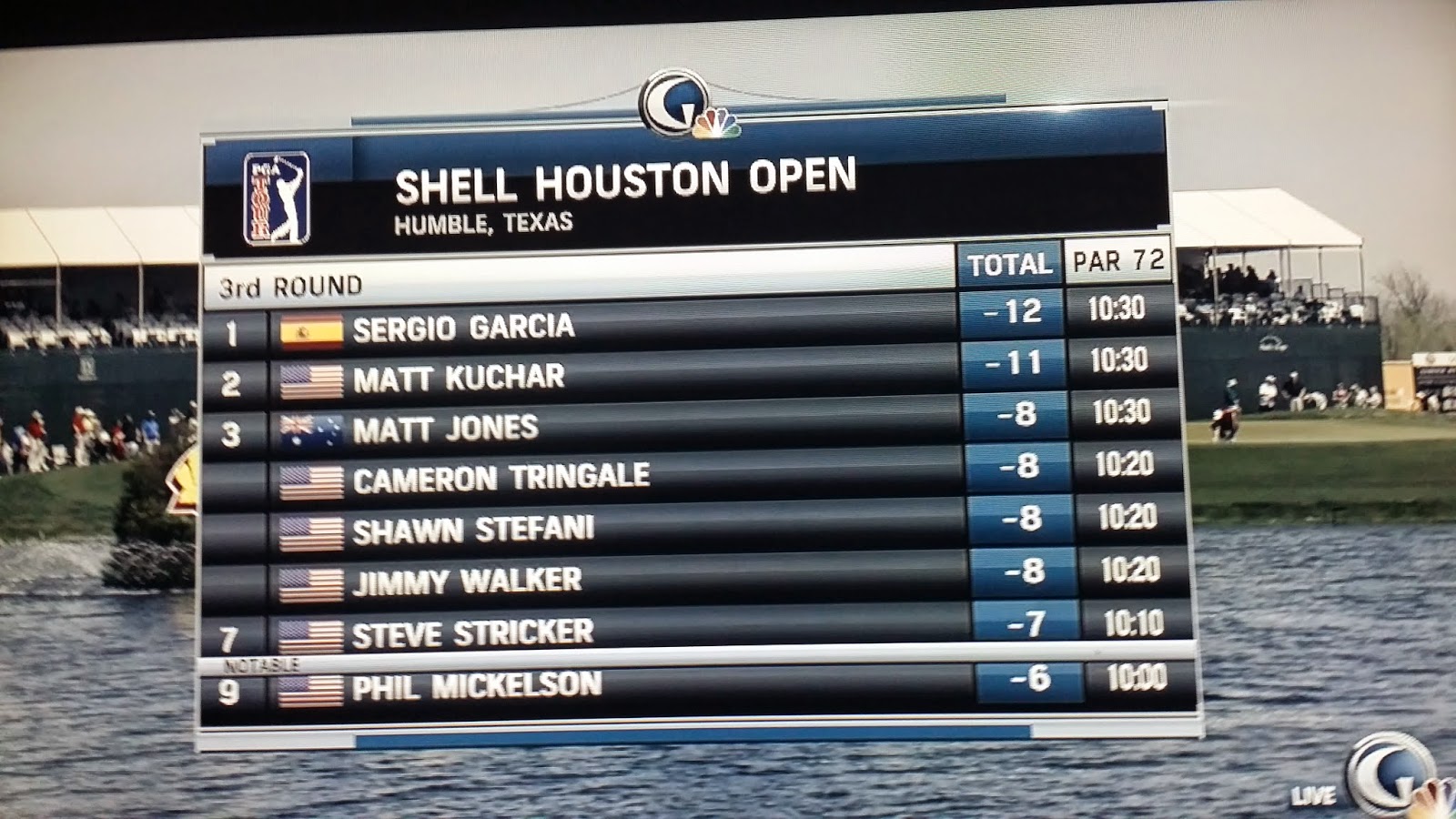 Sergio Garcia (-12)
He has a new girl in his life and seems to have mellowed with age. But- can he hold a lead?
This week will tell us a lot about whether or not he's winning the head games.

Jordan Spieth - Sent Packing!
Spieth - a Texas Native - Missed the cut and is on his way to the Masters. Only 3 Masters winners ever finished Top 10 the week before Augusta.  Although he hit less than 40% of Fairways this week - he hit around 60% last week. So, his chances at next weeks Major are anyone's guess.
In the Wings
are hot Young Guns - Jones and Tringale along with Veteran Steve Stricker. Jimmy Walker could also strike again for another win if the Leaders fall. 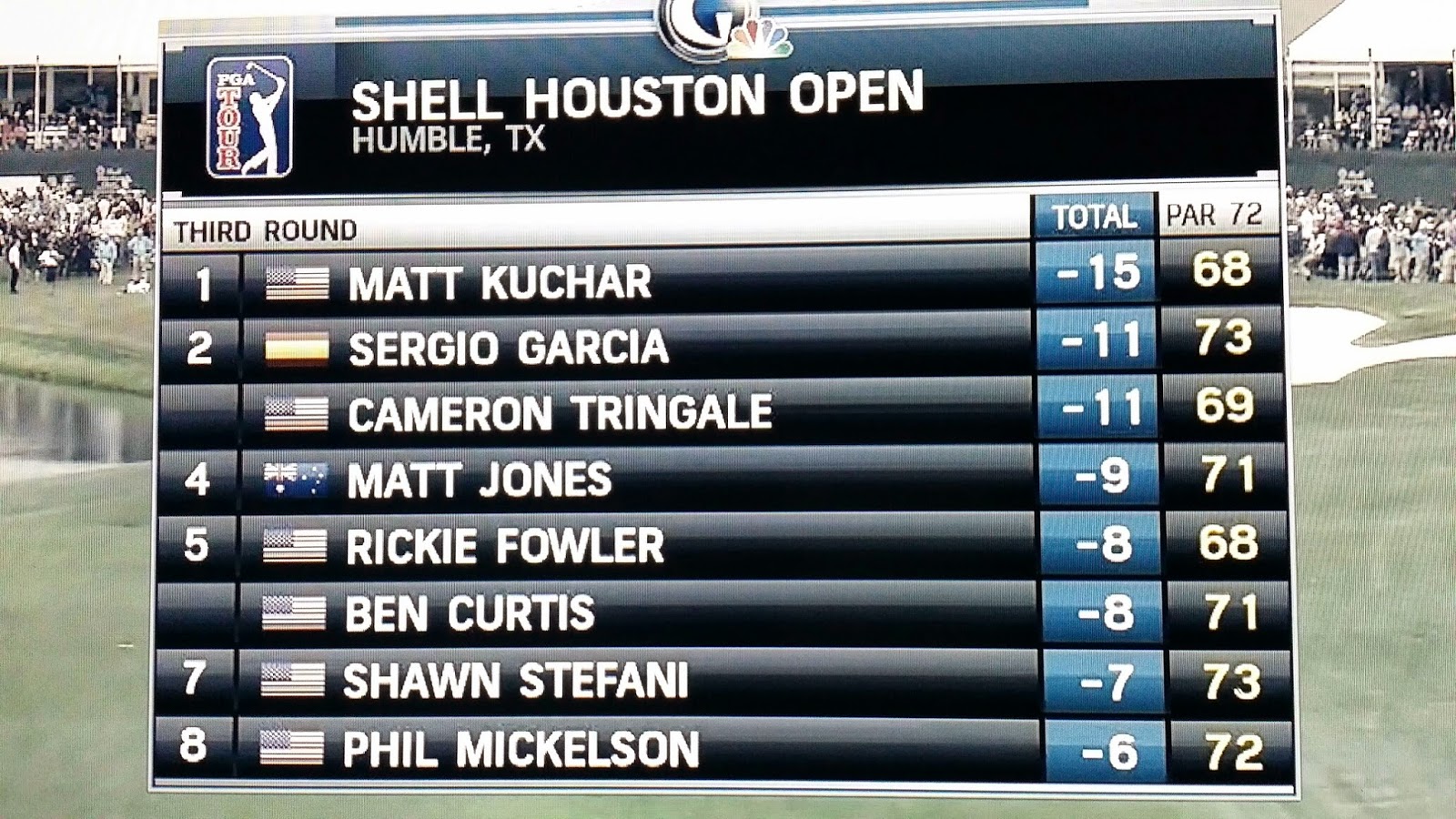 Kuchar - Peddle to the Medal
He raced by the Leaders securing a 4 shot lead going into the Final Round.
The last 2 weeks we've seen leads evaporate on Sunday. However, Kuchar hit the wall enough last week to make me think he's securely buckled in the drivers seat for this weeks final.
He is at the top of our Power ranks (above)

Matt Kuchar
Started with a 4 shot lead. He did not hold back his driver and it did not let him down. He threw darts on approach that spun back from the hole denying him well earned Birdies.
This still left him with just a 2 shot lead going into 18. (-16).
And Me with a $360 Ticket to Cash.

Matt Kuchar on 18
In the Fairway - Needing only a Par to Win. 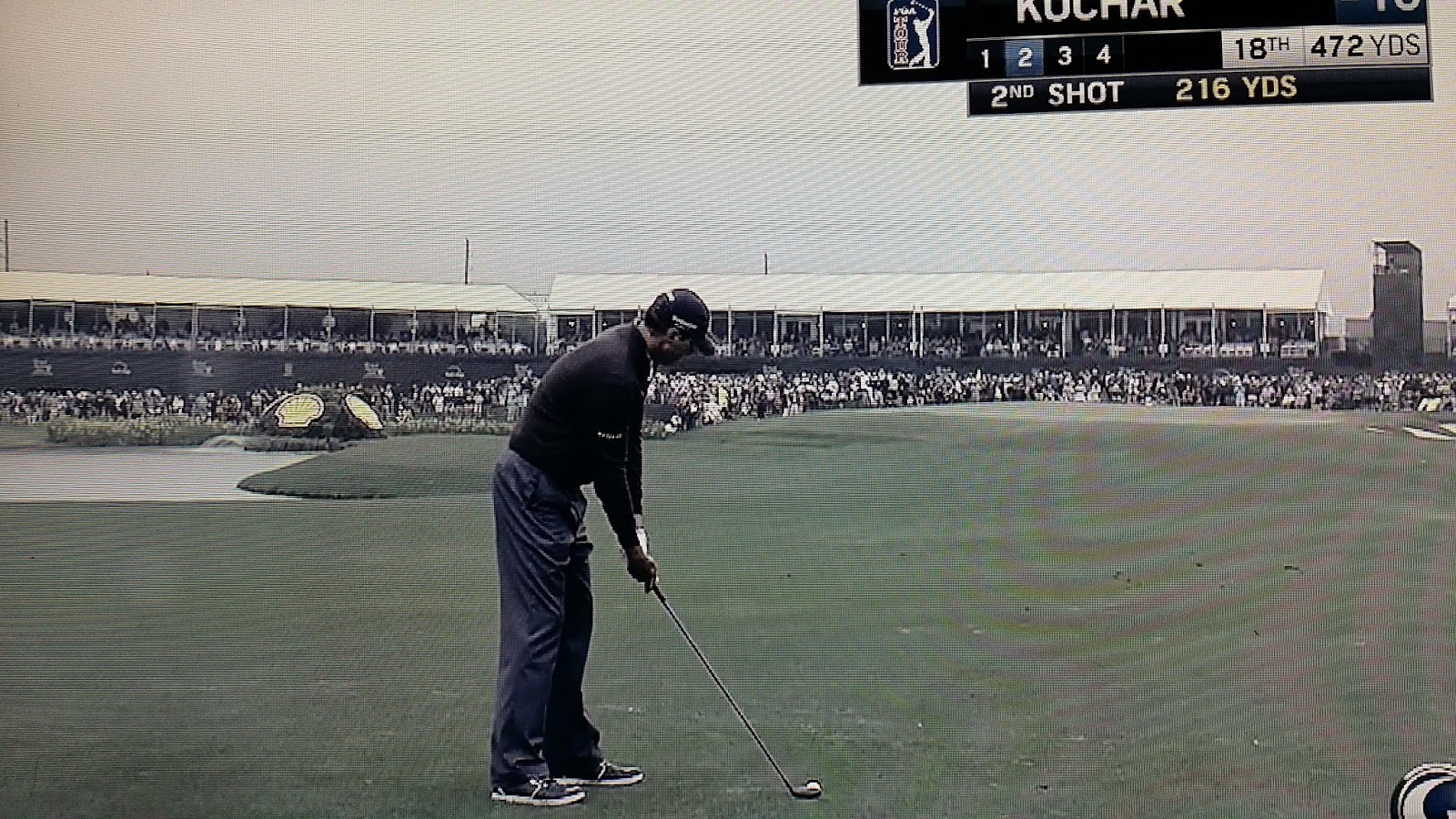 His Final Approach Lands in the Water. 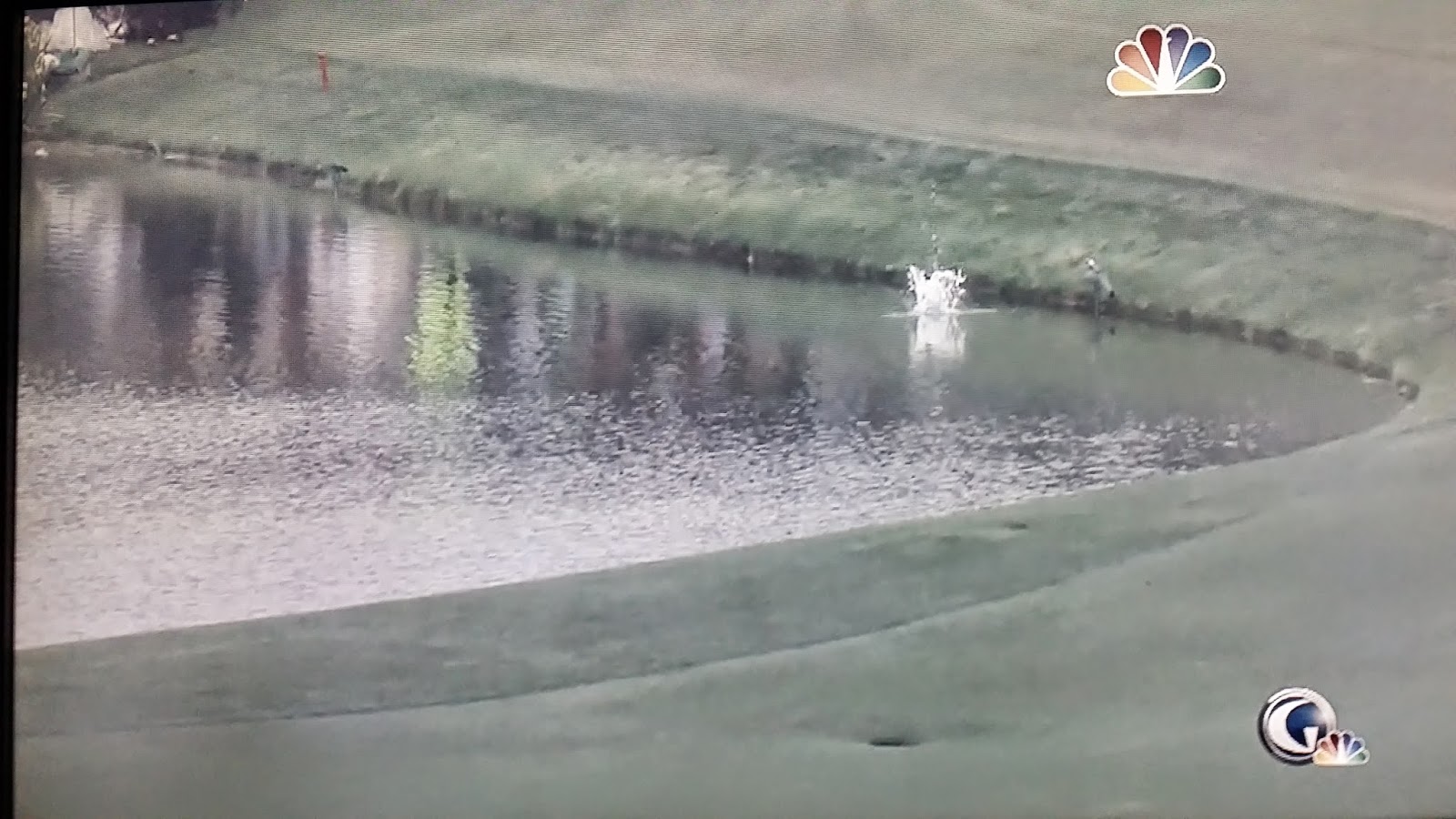 Jones Approach in the Rough - Behind Greenside Bunker

Then...It Happened!
Jones Approach in the Rough - Behind Greenside Bunker 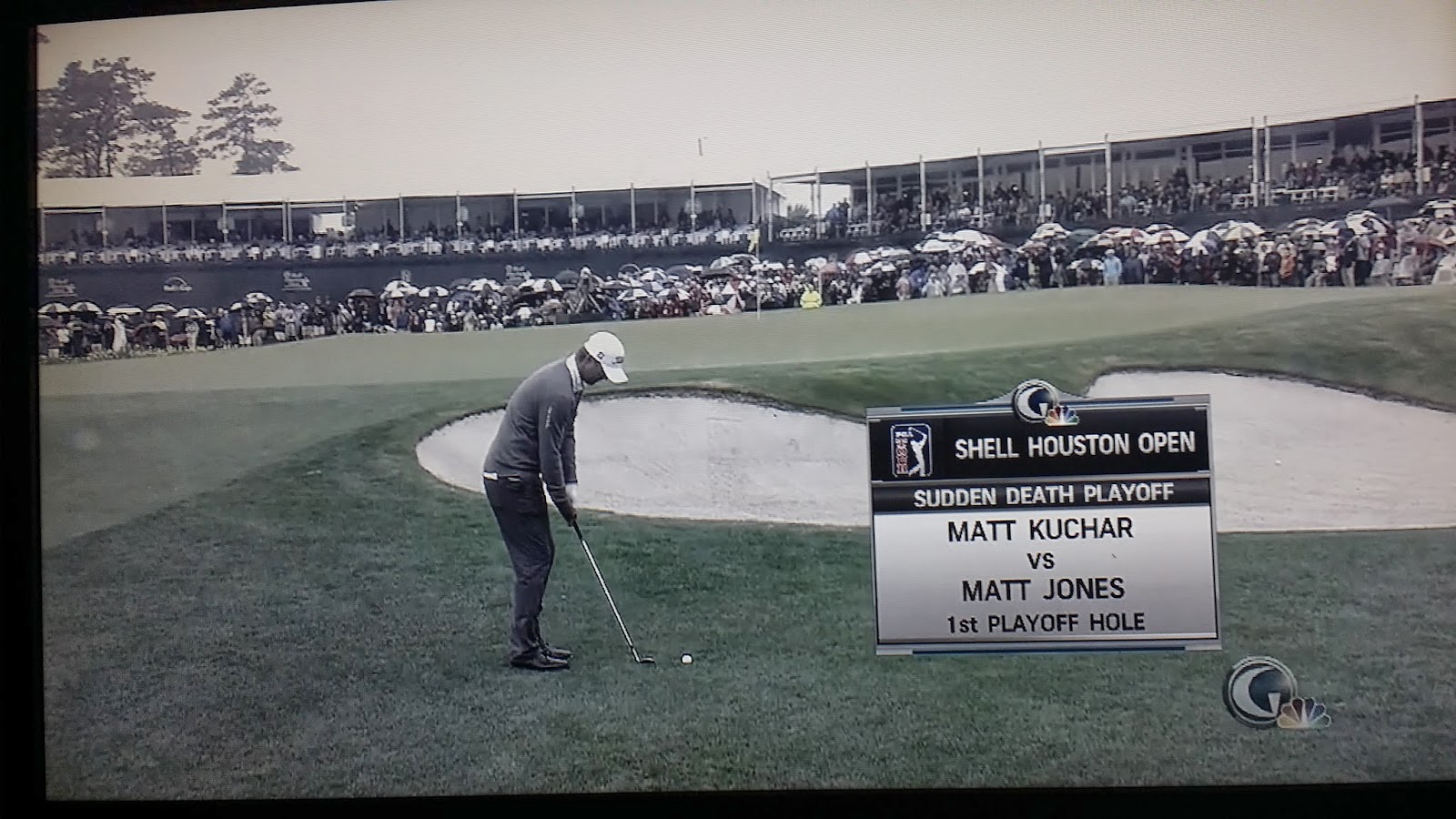 Jones Holed It!
Game Over! 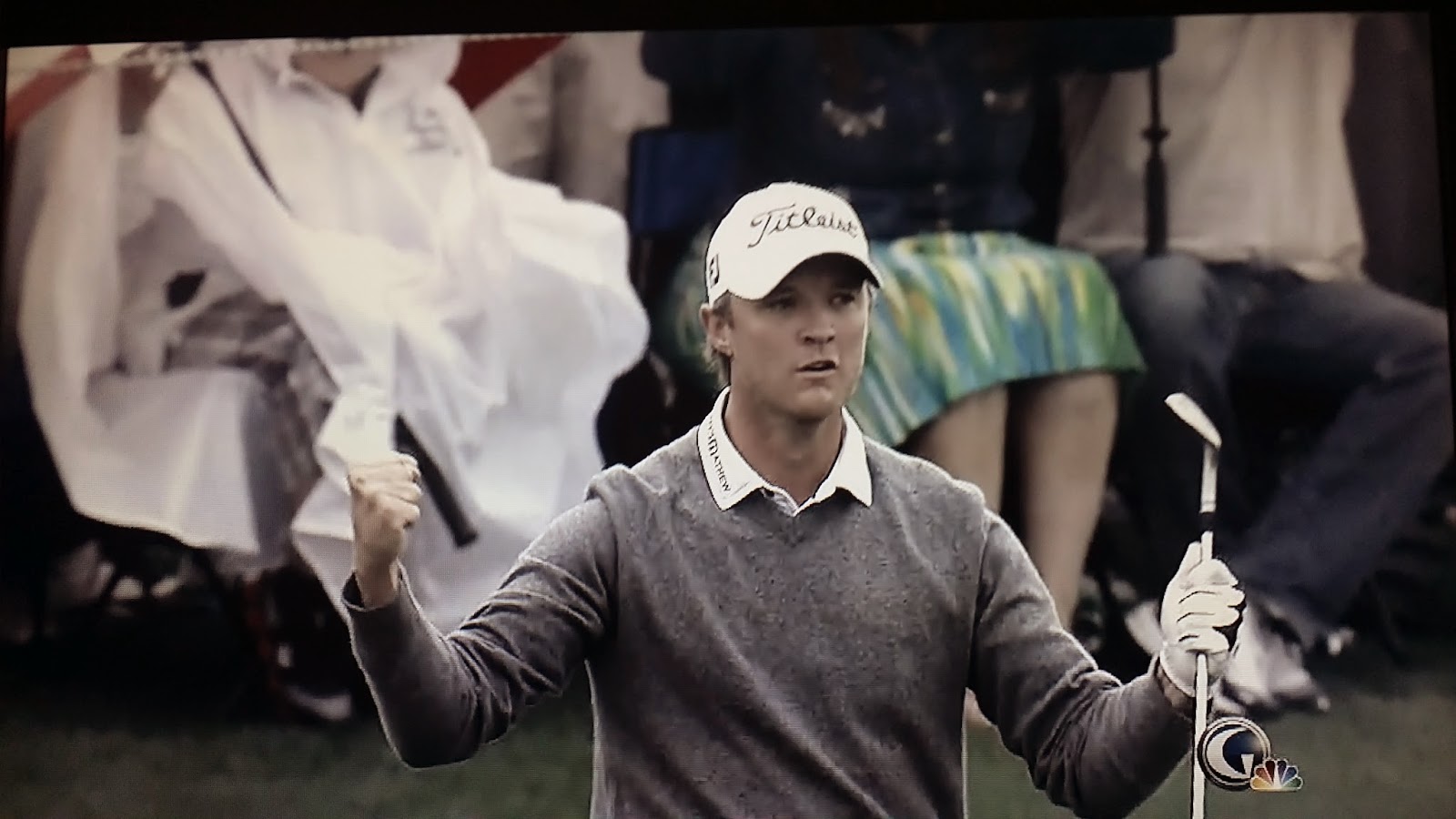