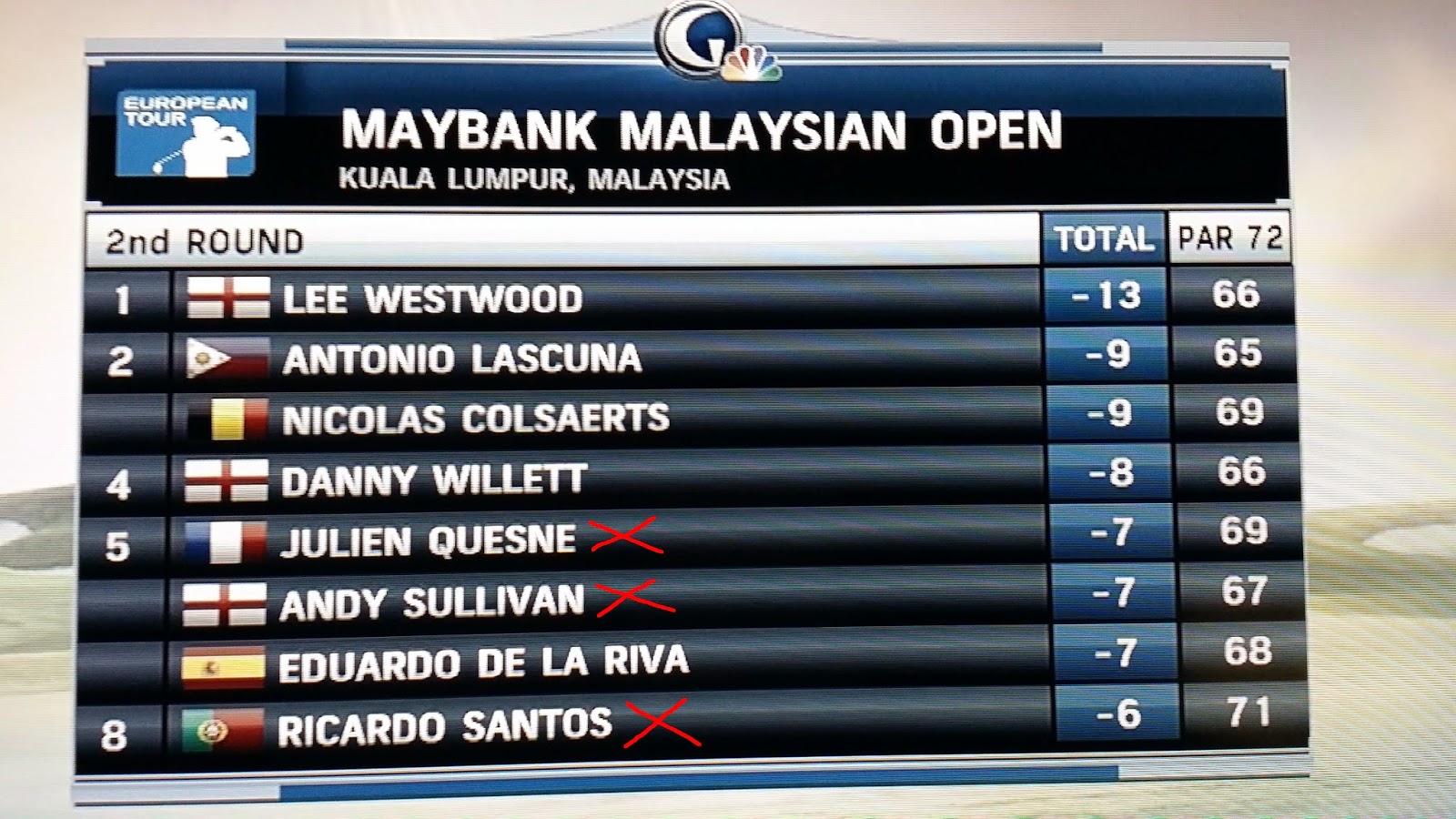 Westwood Running Away?
Westwood's wins over the last 2 years amount to a stuffed animal at a carnival.
He hasn't closed since the Nordea Masters in Sept of 2012.
Is he that much better than this field? We'll see?
The faster greens in the US are an advantage.
His 2014 stats are about average, 60% or so in DA and GIR - Put PR 29.
But - his scoring average is (72) - that tells me he has at least one bad day coming.
I wouldn't be surprised if he slips and Sullivan or Santos catches him.
Kind of Hope not. The Books screwed us this week and couldn't bet either one.
Colsaerts is a real threat as well - along with a hot Danny Willet.
Sorry I missed Danny as a Pick - little behind coming off the Masters.
x
____________________________________ 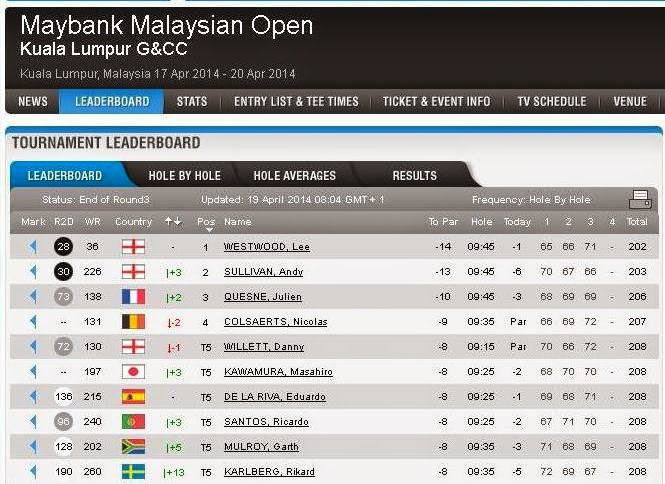 As Predicted - 1 Off - Sullivan Could catch him?
Quesne and Santos Front Page as Well. 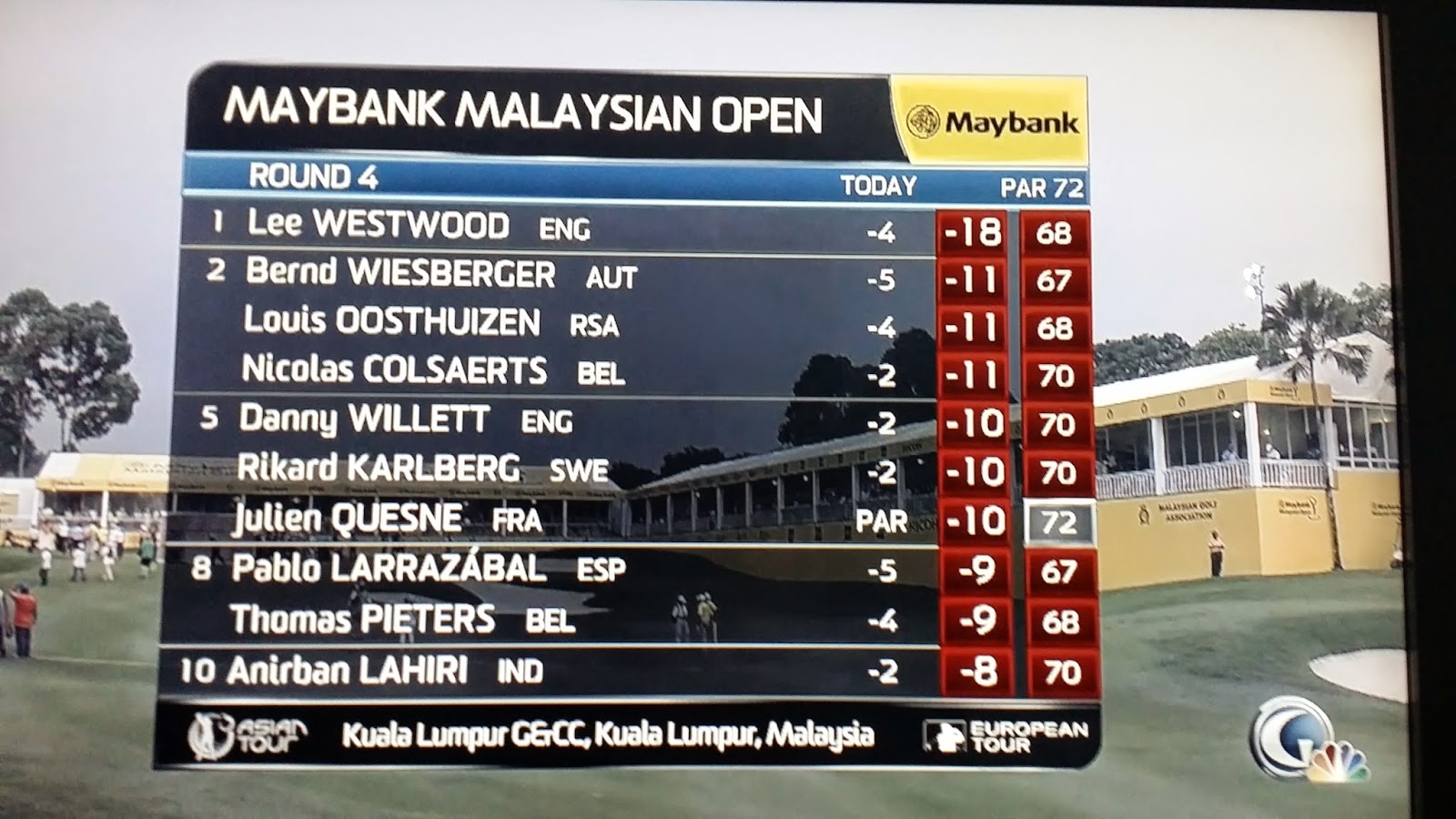 Westwood Crushes Field
Winning by a Wopping 7 Shots. However, The Question still remains - can he win when it counts. His only two victories in two years have come in B rated Tourney's overseas.
He did play great, we'll see if that translates on the PGA Tour - where the greens are twice as fast as is the competition twice as stiff.