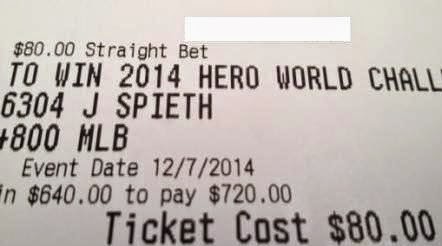 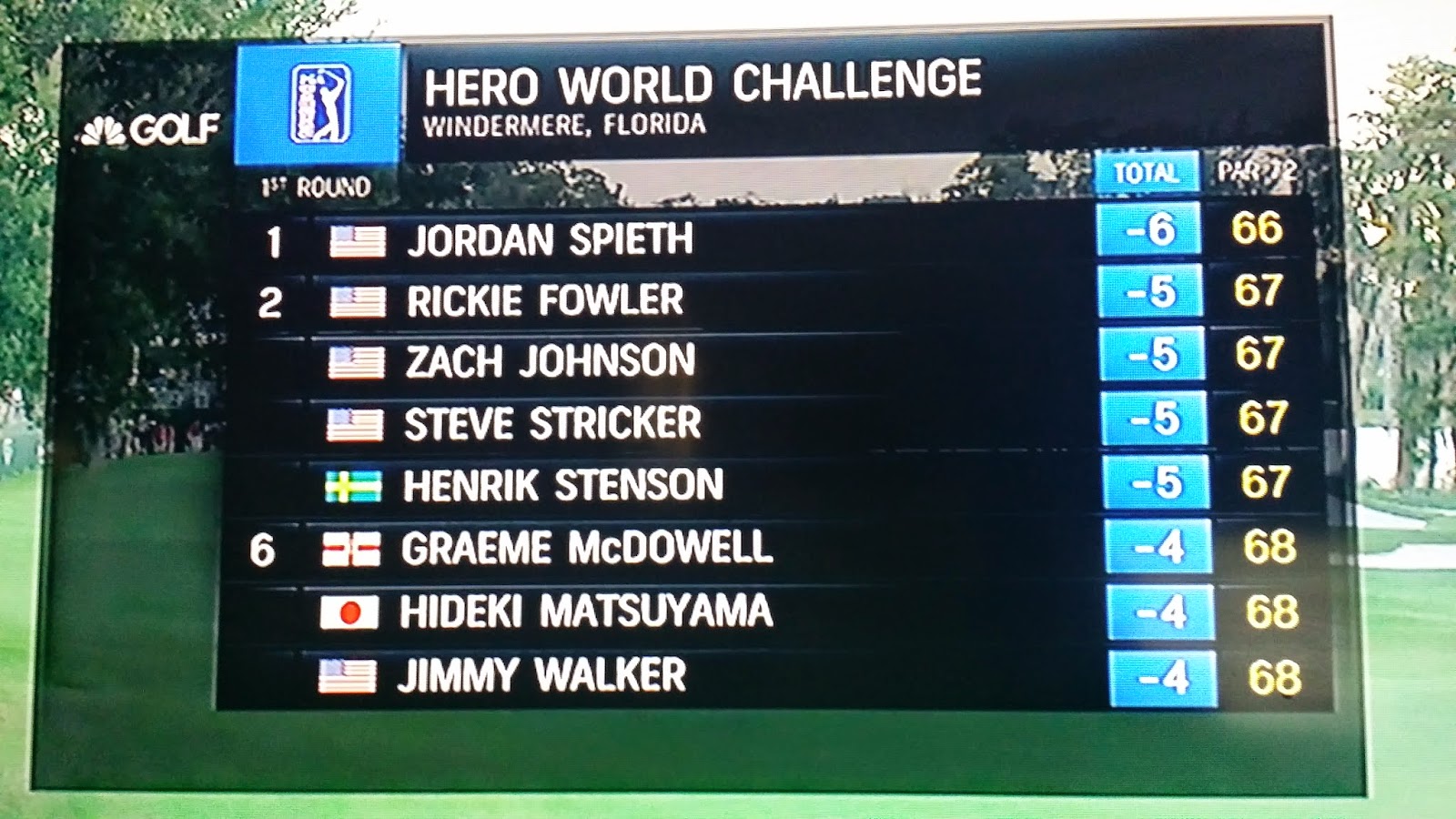 
Dancin in the Dark
To avoid an early start in the morning - Jordan and Zach tried to finish in the Dark.
Zach dropped 2 shots, Spieth tapped out on 18 and has an up and down for Par this morning.

This was stupid, Zach left a put 2 feet short. Jordan left a birdie put 2 inches short on the Par 5 17th. On 18 with a muddy chip shot left - Jordan asked the official "What time in the morning 8:15?  Official "10:15". Then he stopped. So, they were 2 hours off, when they thought had to get up. It cost him a birdie, and now he still has to get up early. His caddy is his young buddy. Which is cool and "chest bumps" work. But - sometimes he needs to be the boss. With a scoring hole like the par 5 17th ahead - I pick up his clubs after 16 and head for the clubhouse. 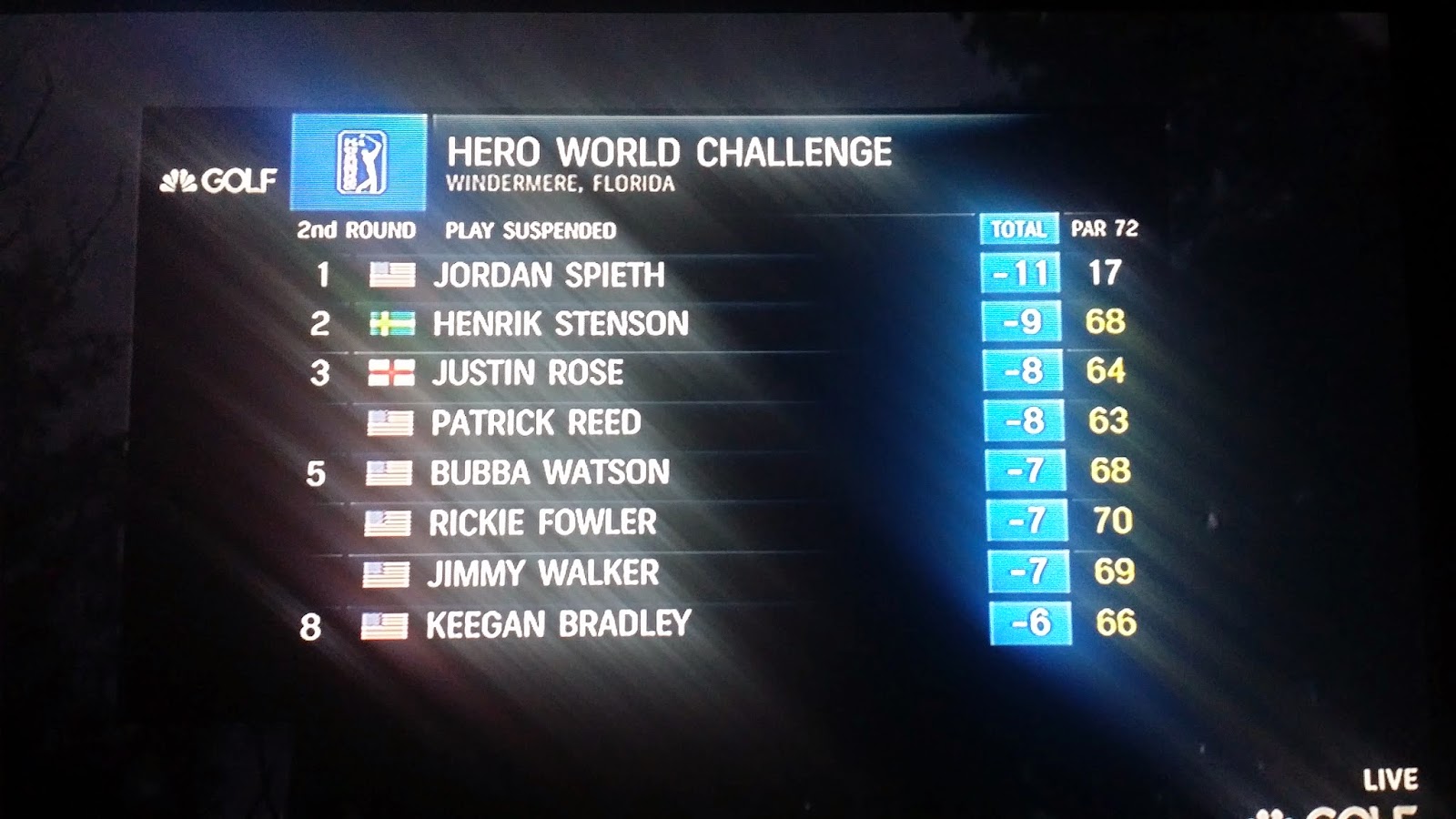 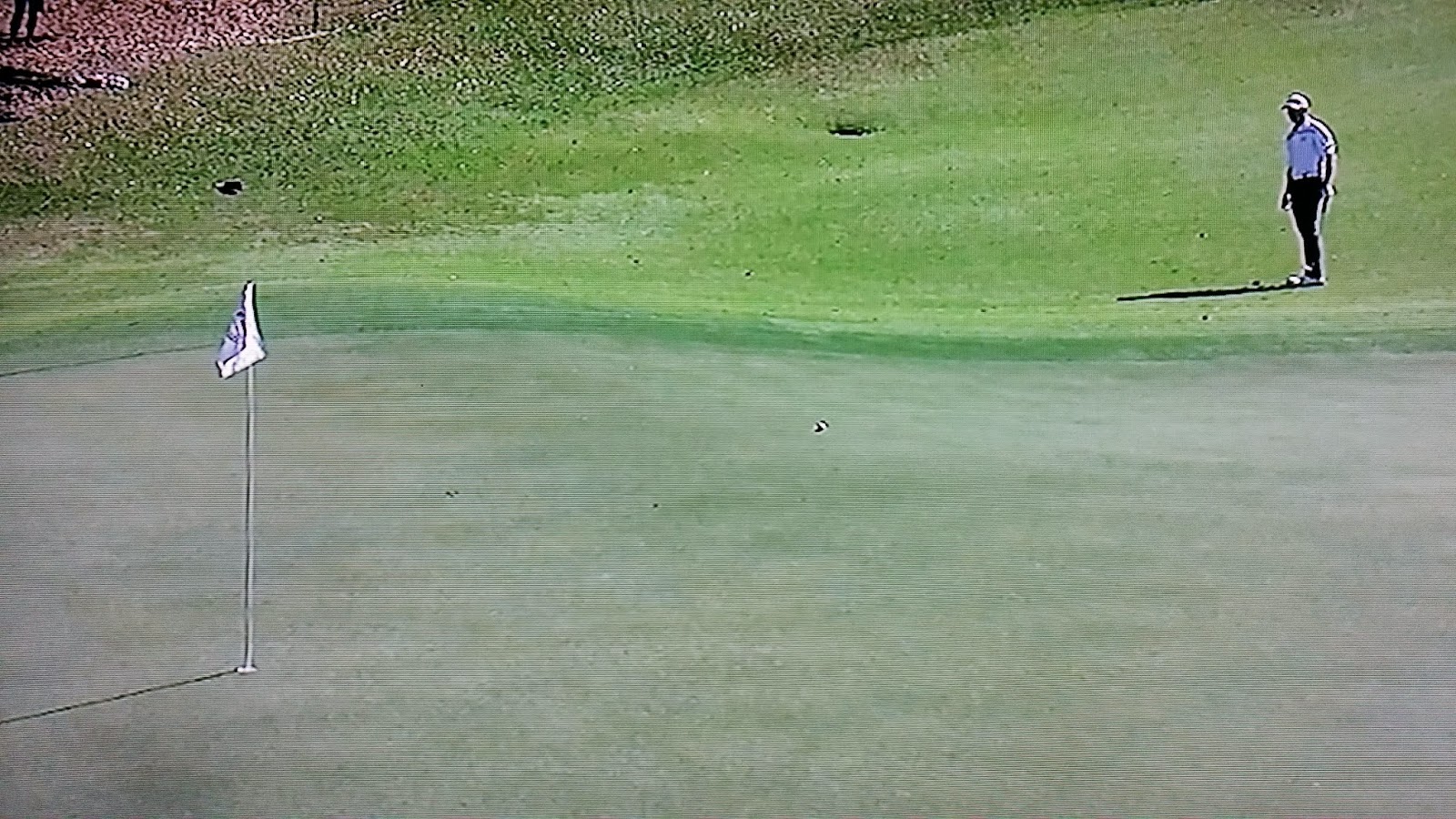 BACK AT YOU BABY 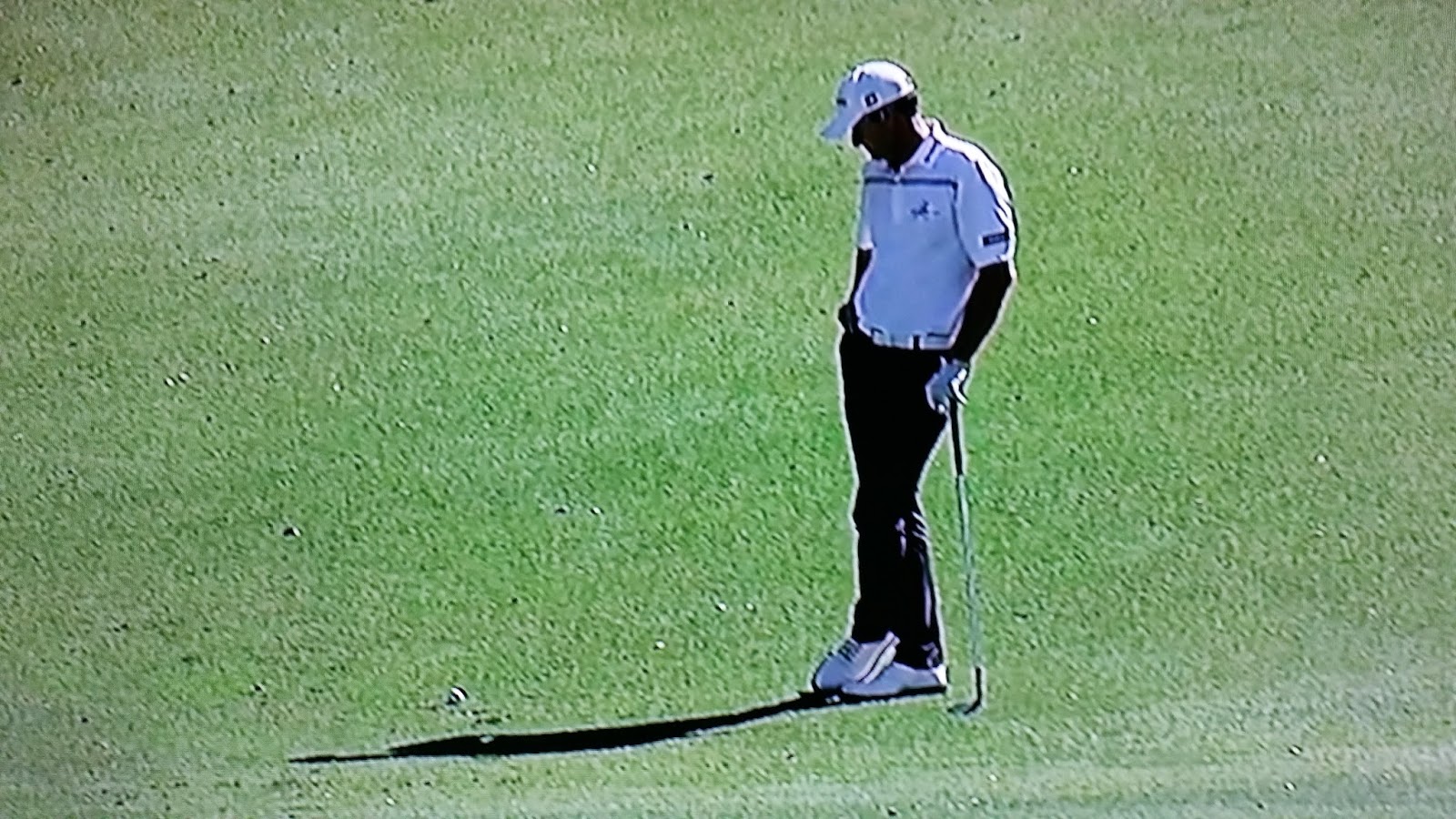 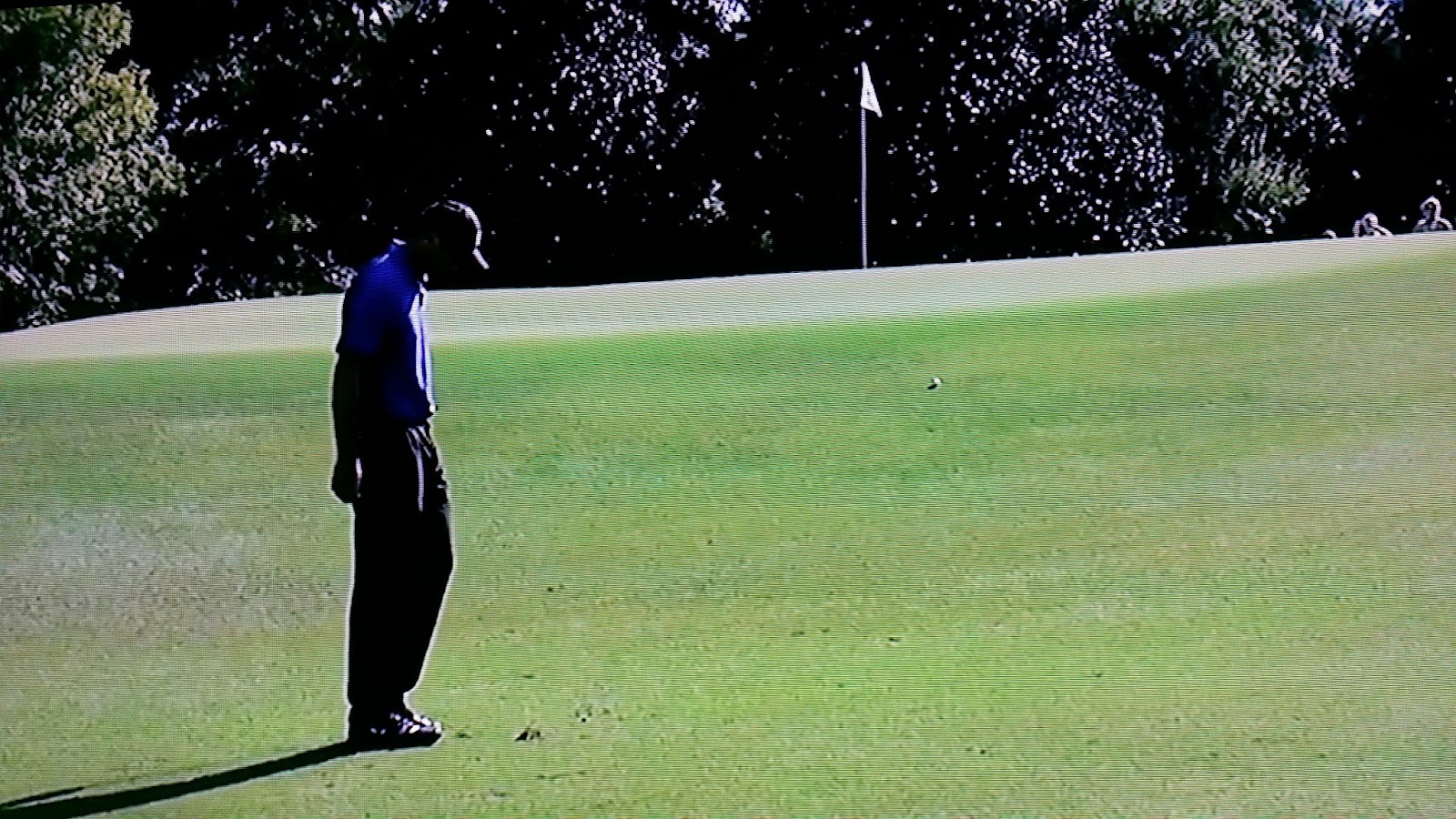 THEN THERE WAS SPIETH 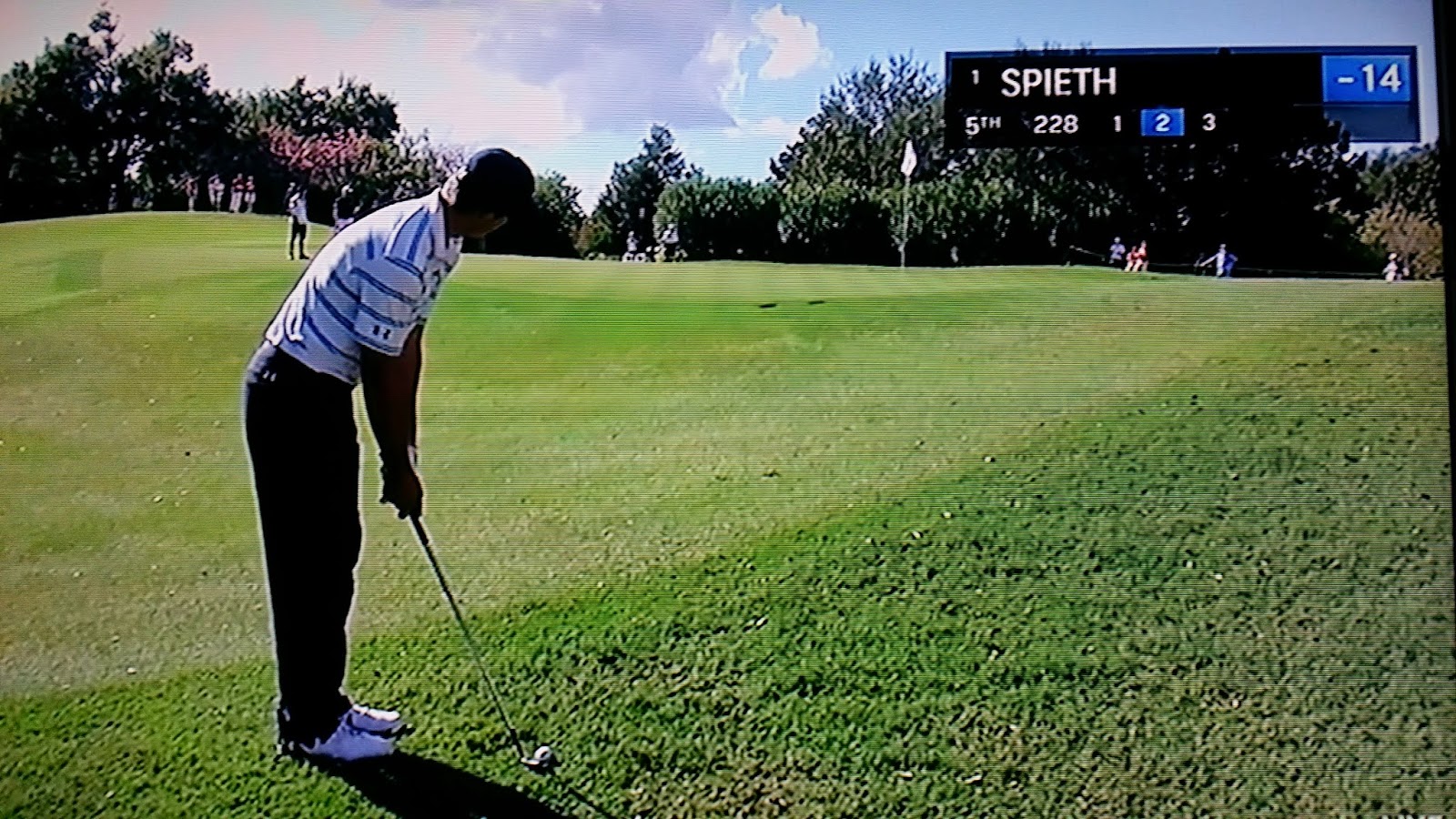 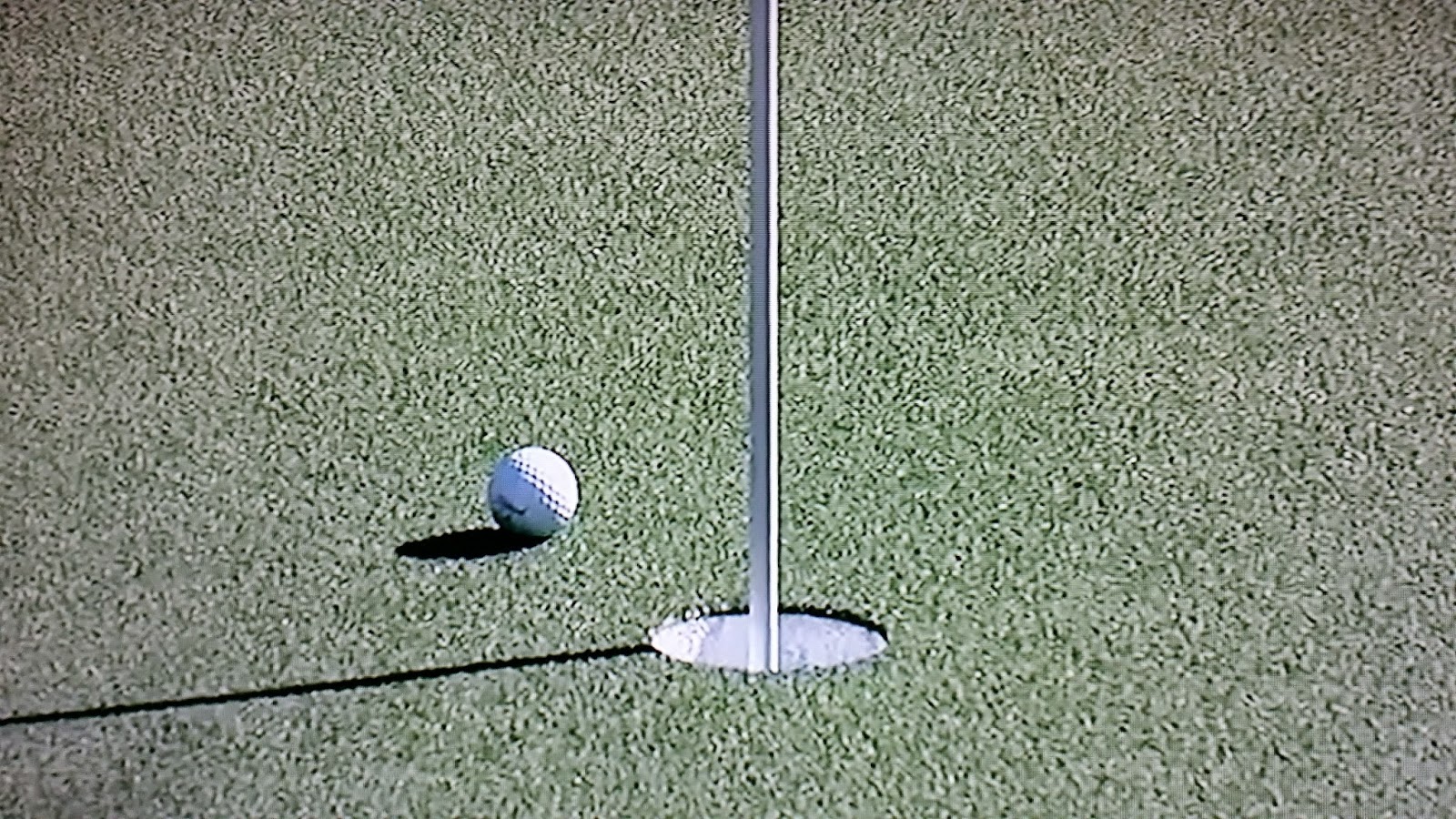 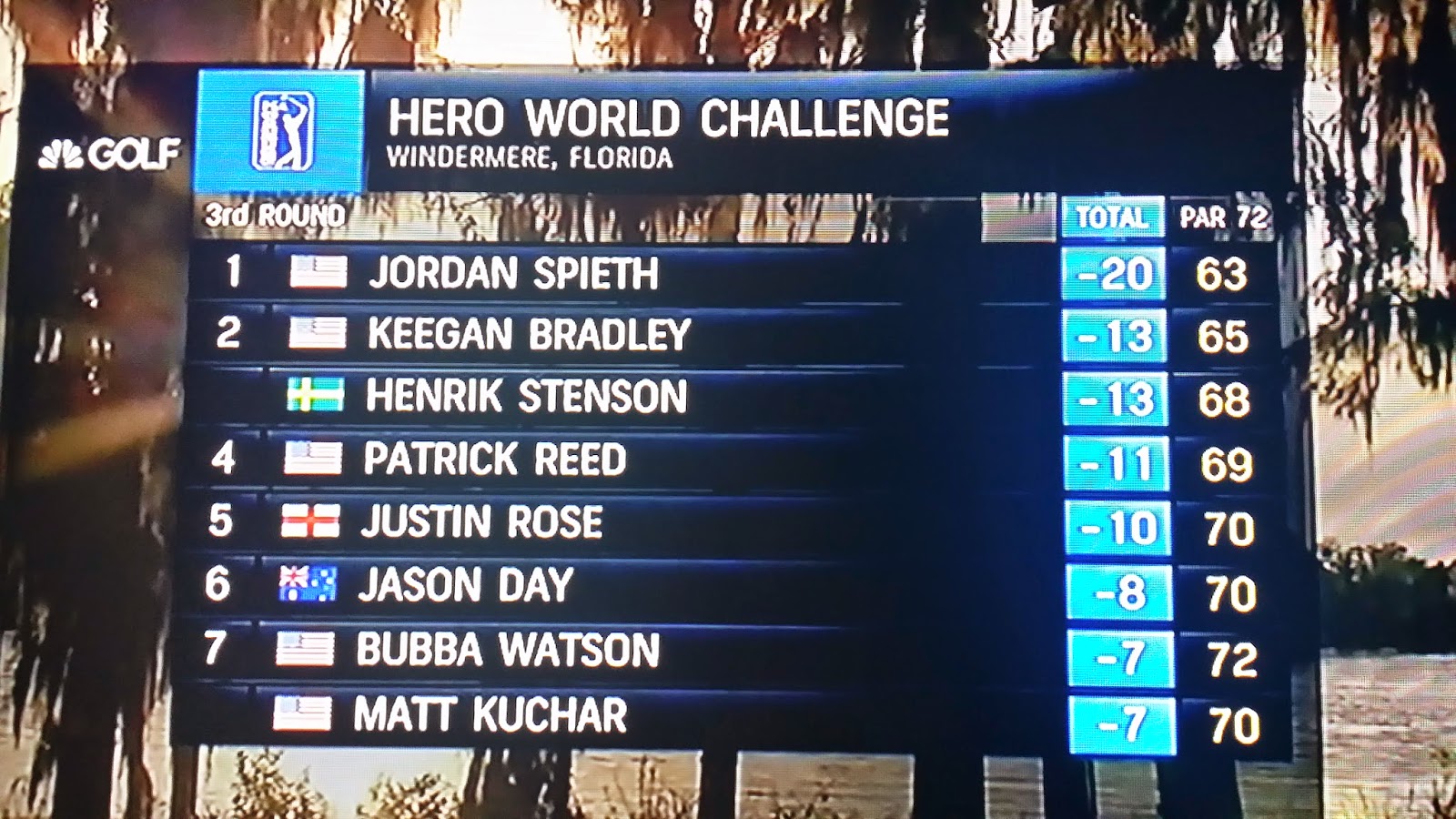 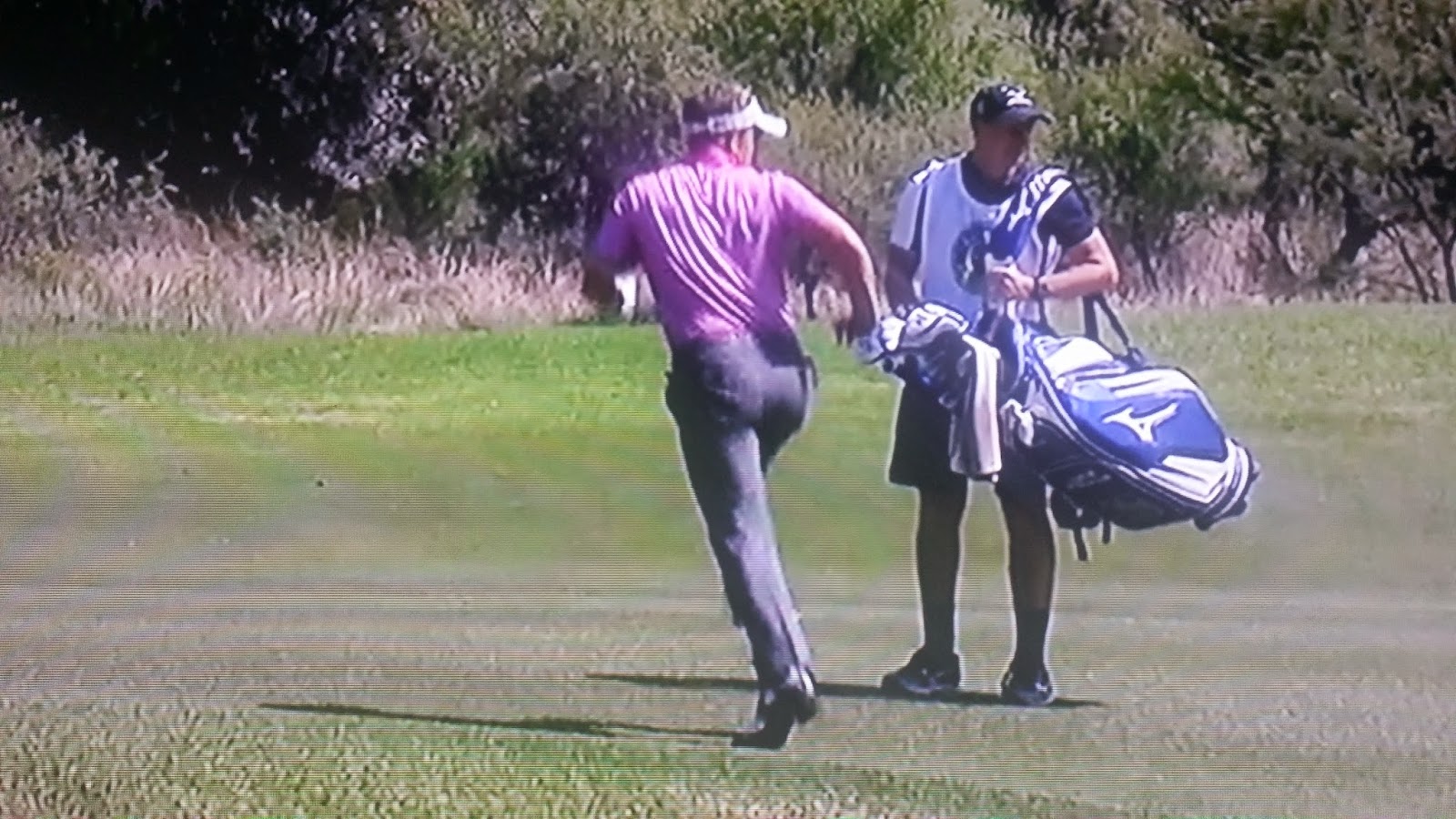 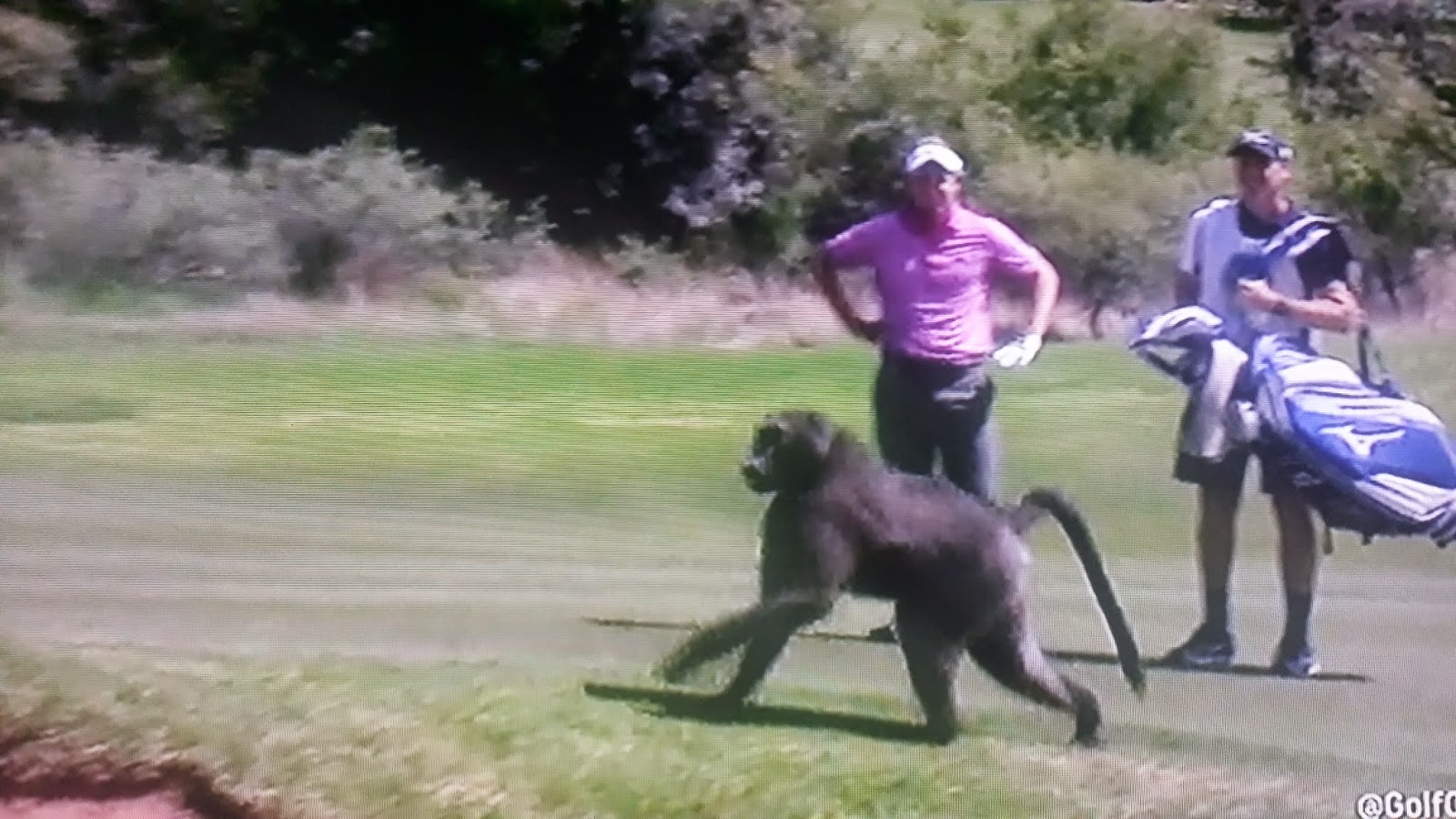 WILDLIFE WAS A BOAR AFTER THAT 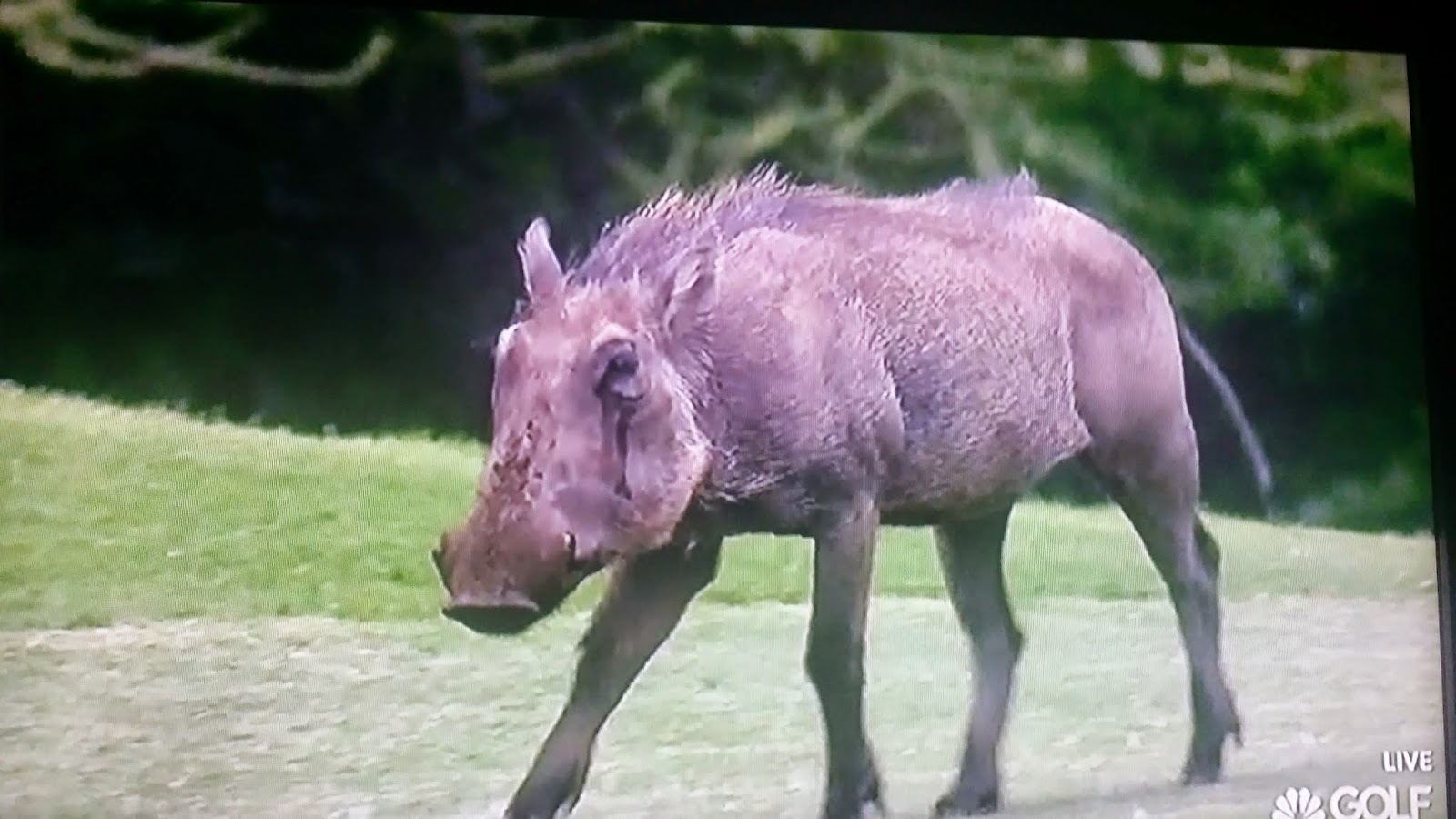 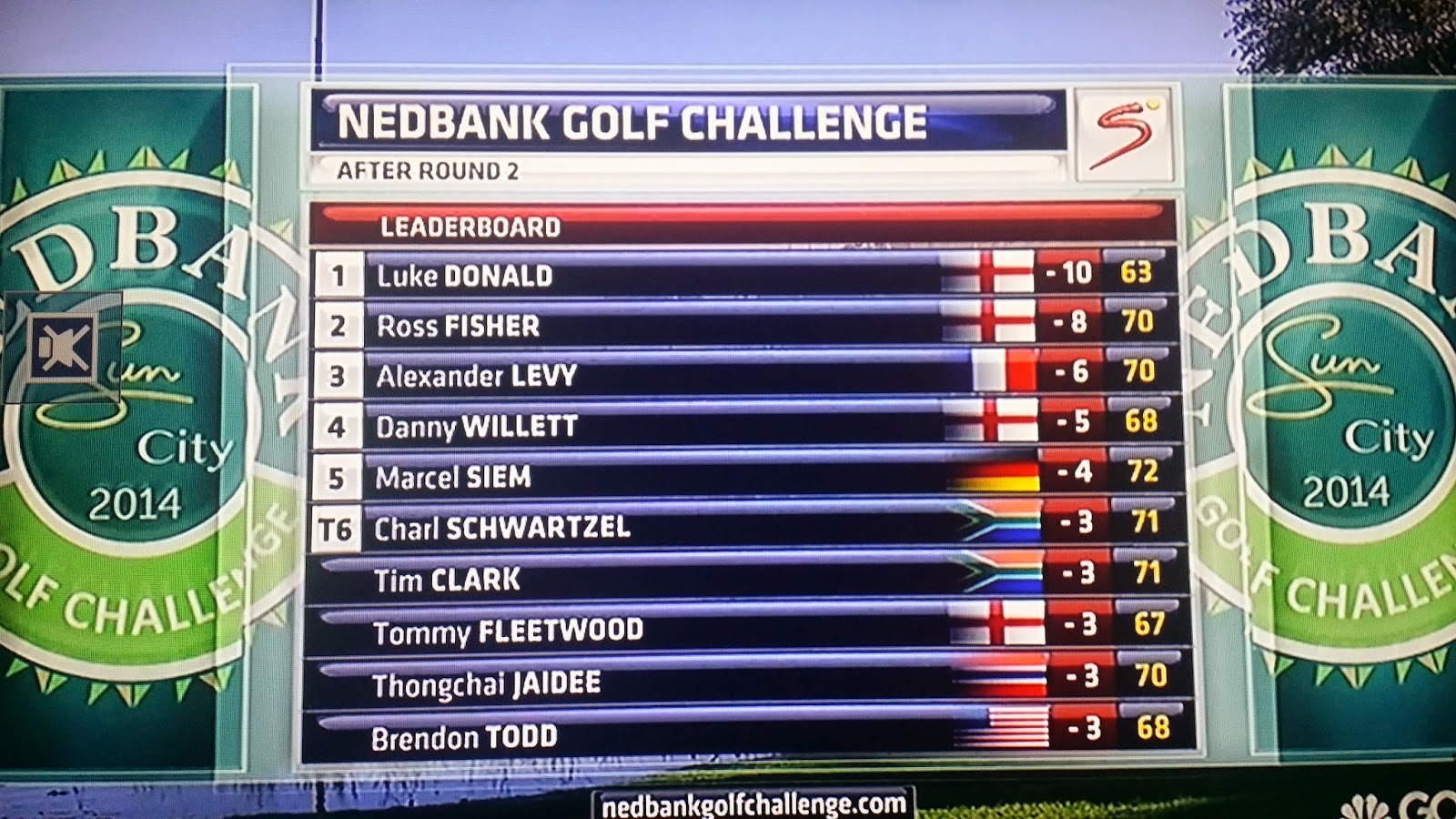 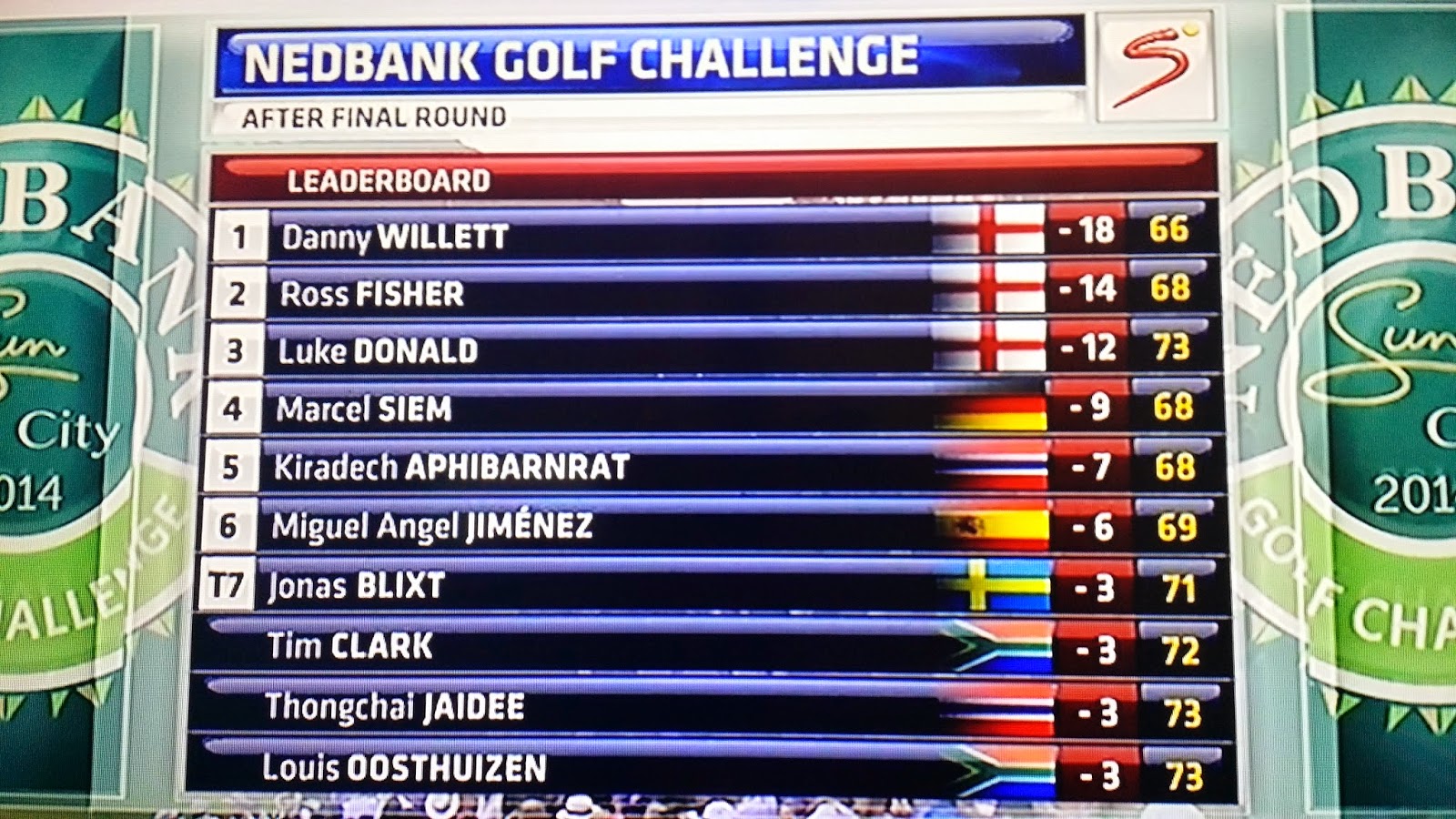