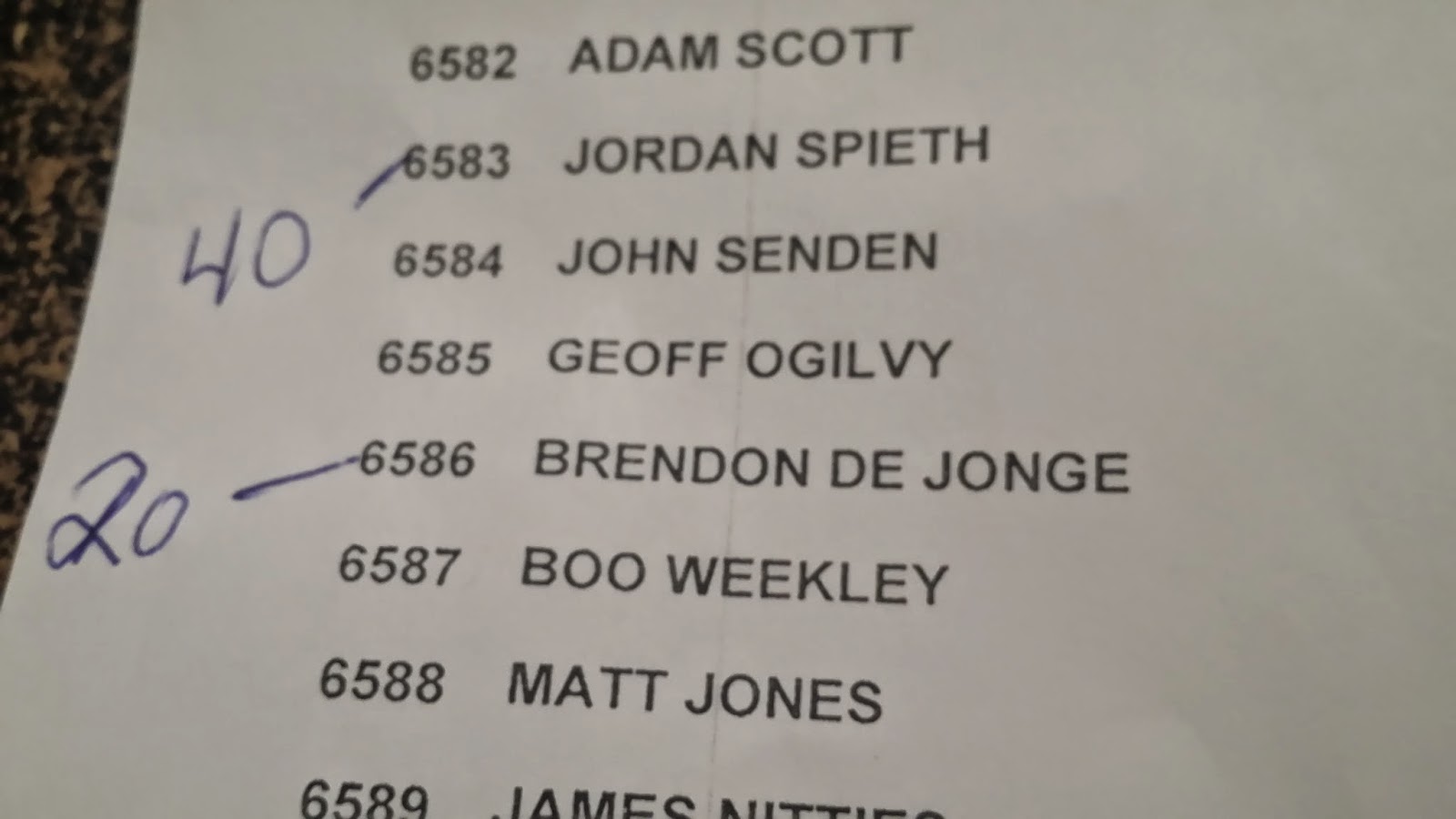 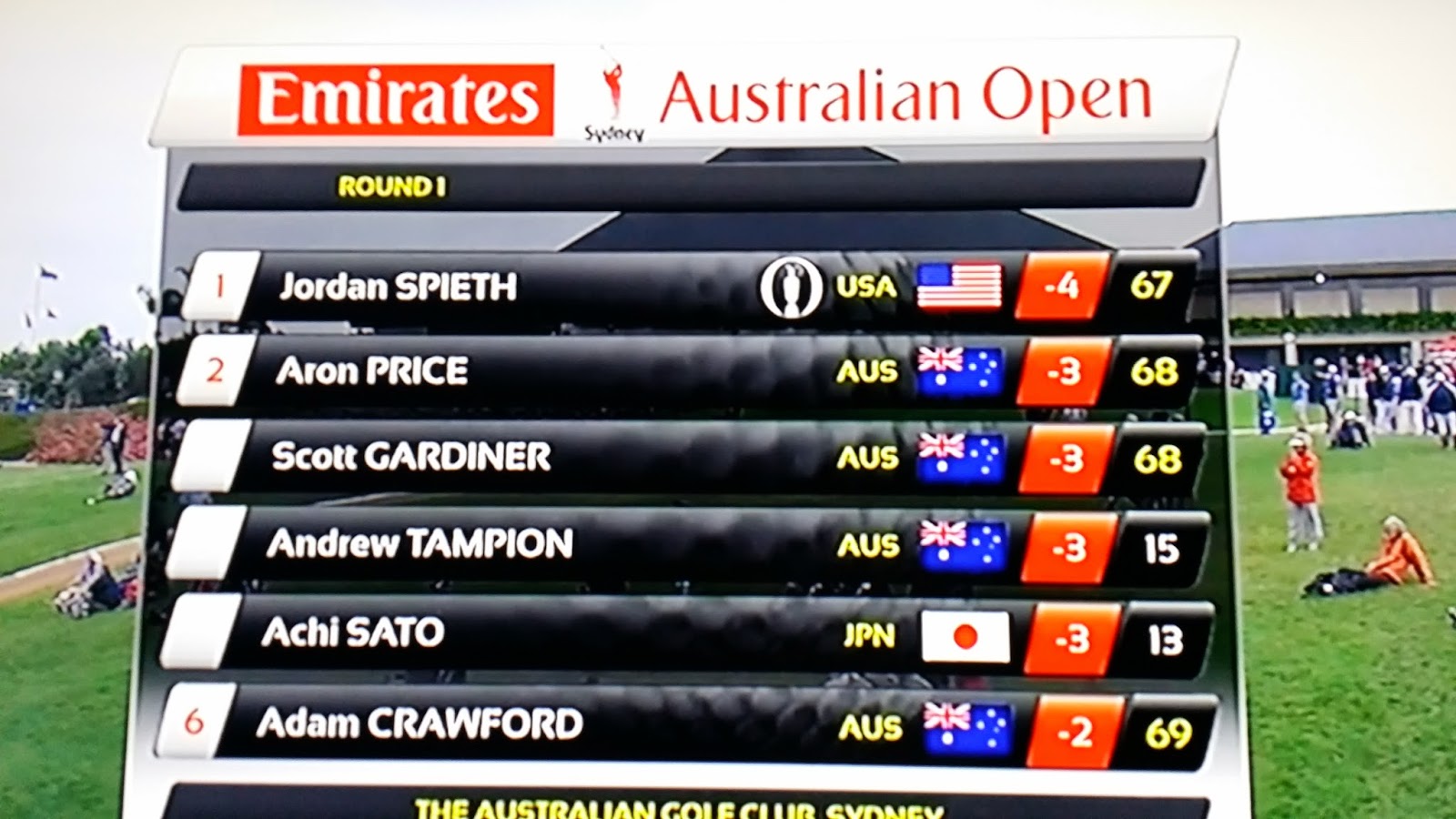 I REALLY THINK SPIETH IS GONNA WIN THIS 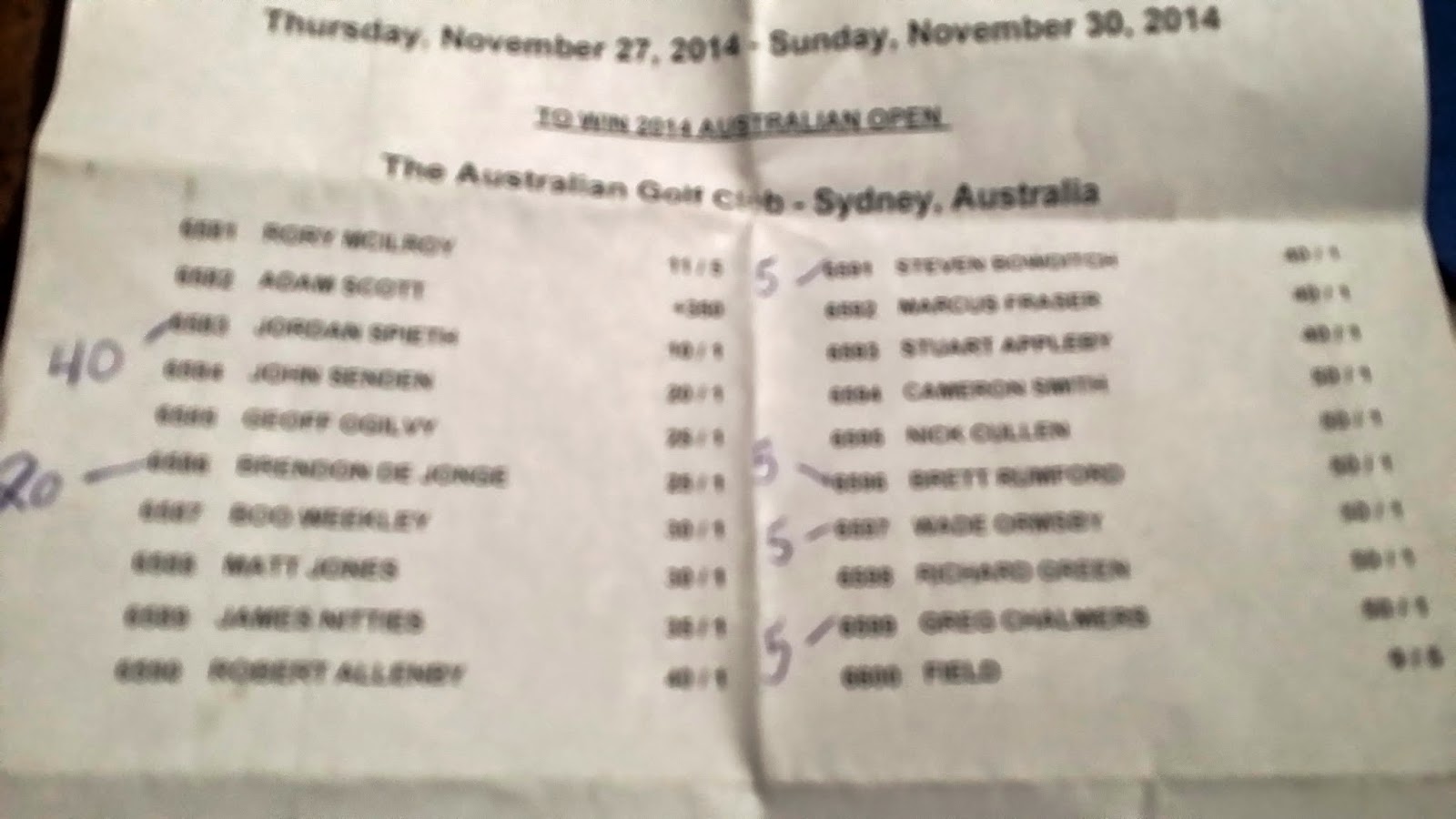 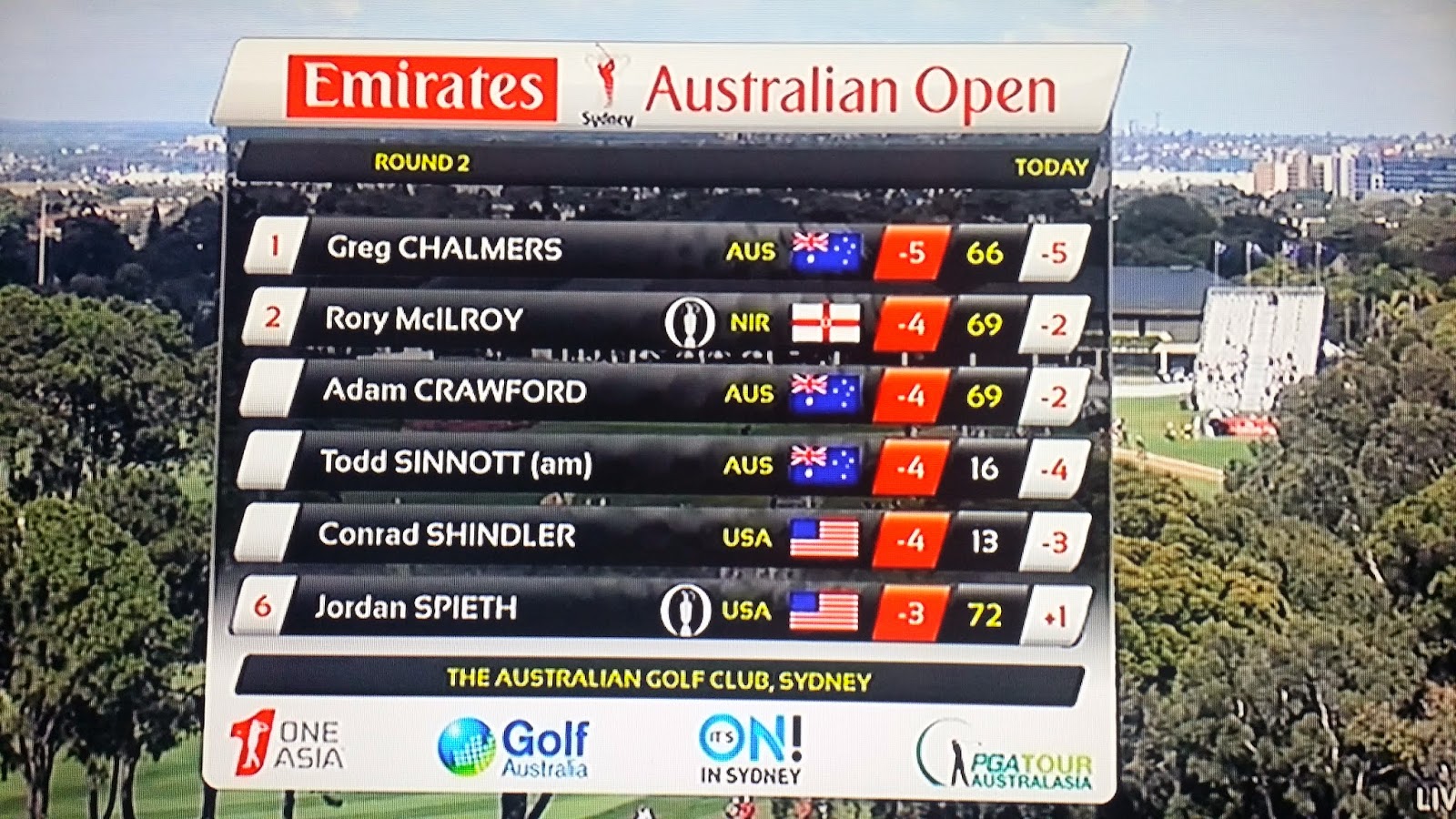 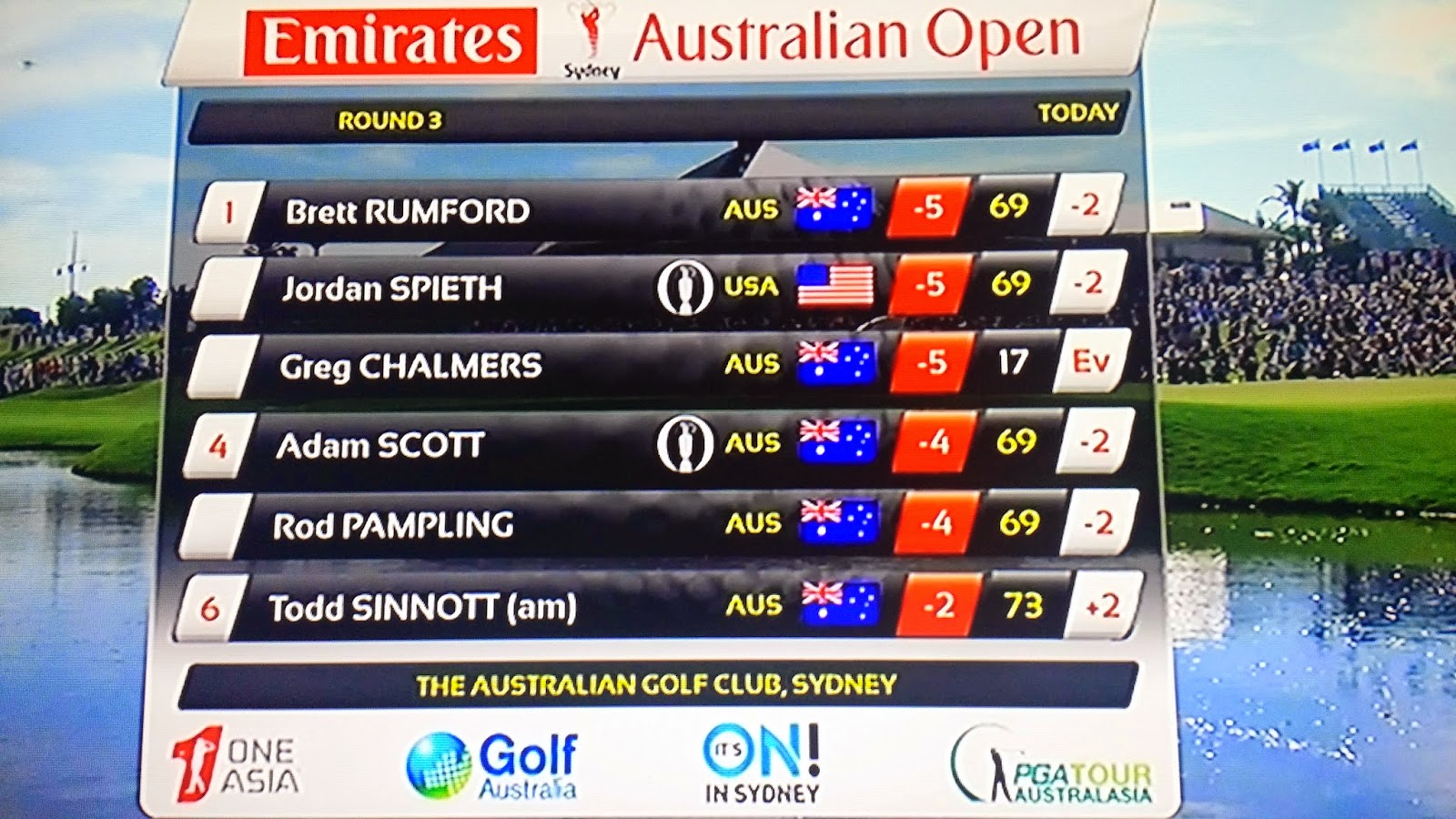 RUMFORD, CHALMERS AND SPIETH
ALL TIED FOR FIRST!


NOT ALWAYS ABOUT THE MONEY
As you know - I've bet on spieth every tournament for a year.
Wasn't going to stop this week. But, with the time difference - the book closed before I could.  2 Under was a Great score in the difficult conditions. Once Jordan took a 2 shot lead - I said screw the $400 I would have won on him. I let myself root for him and enjoy Sunday.

The American fans and media put a lot of pressure on the 20 yr old to win again. Listening to the announcers in Australia - it was like going back in time. No mention of his losses. just what a rising star he is. It was like the middle of last season. Speaking of fans - they do not get many big starts there. The Aussie fans cheered for pars and even misses on the green.

I've said for a while now, that the double bogies and lost leads were in his head. I know now they were. He just needed to feel good about himself and quit worrying about winning. The Australian Fans were nothing but positive. That's all he needed.