A BETTING STORY: WHY WE WATCH

SEE ROUND 4
(BELOW)
FOR A PERSONAL GOLF BETTING STORY

HERE ARE MY VALUE PICKS 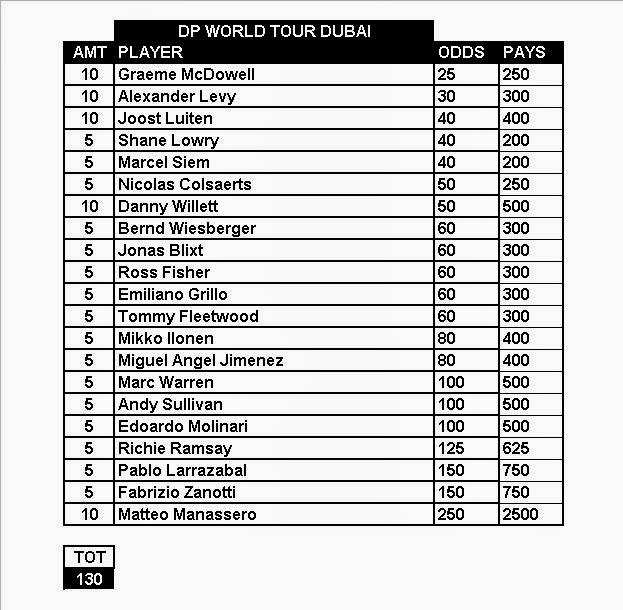 OUR PICKS ALL OVER FIRST PAGE WILLET AND RAMSAY STILL AT THE TOP 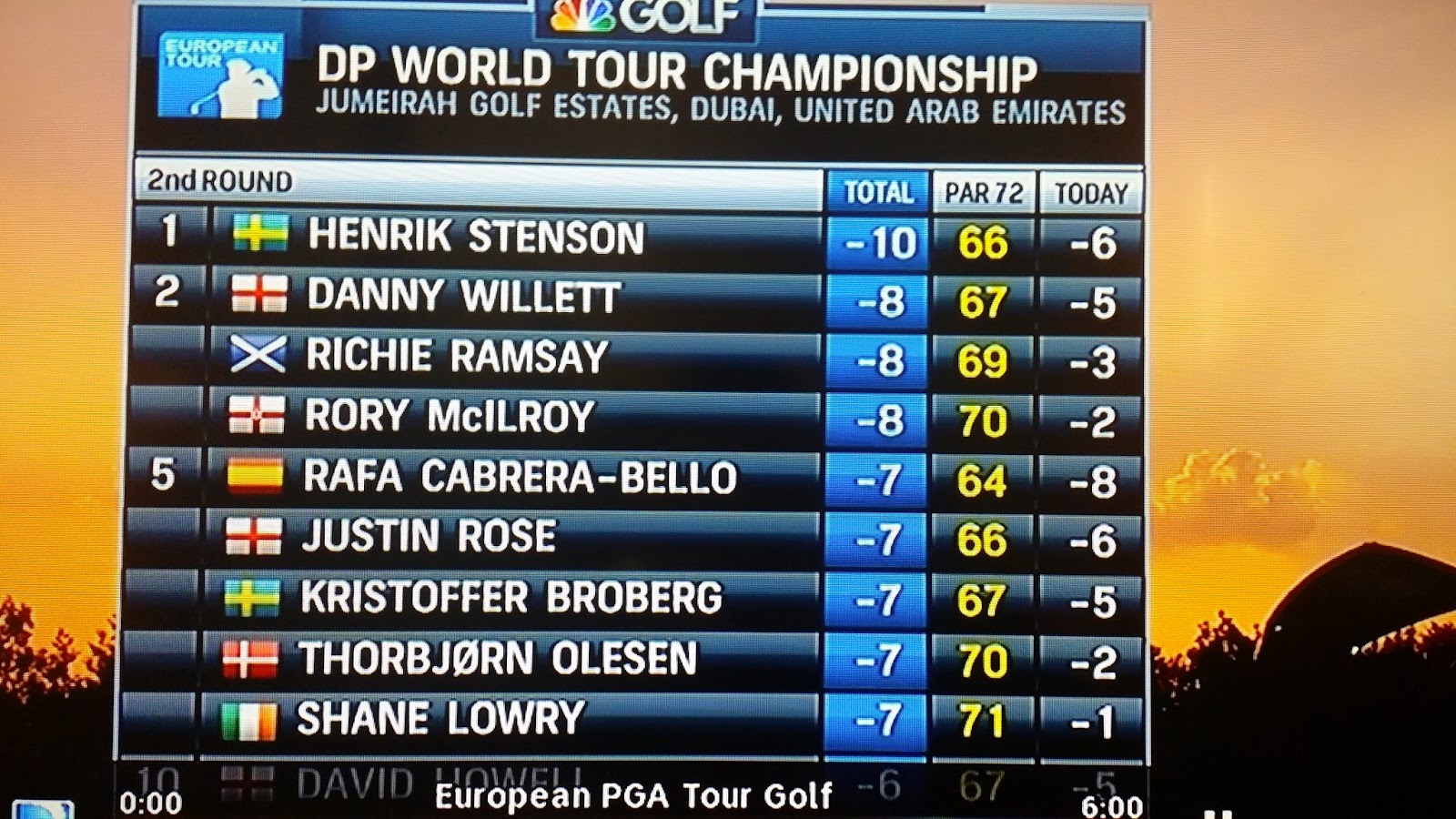 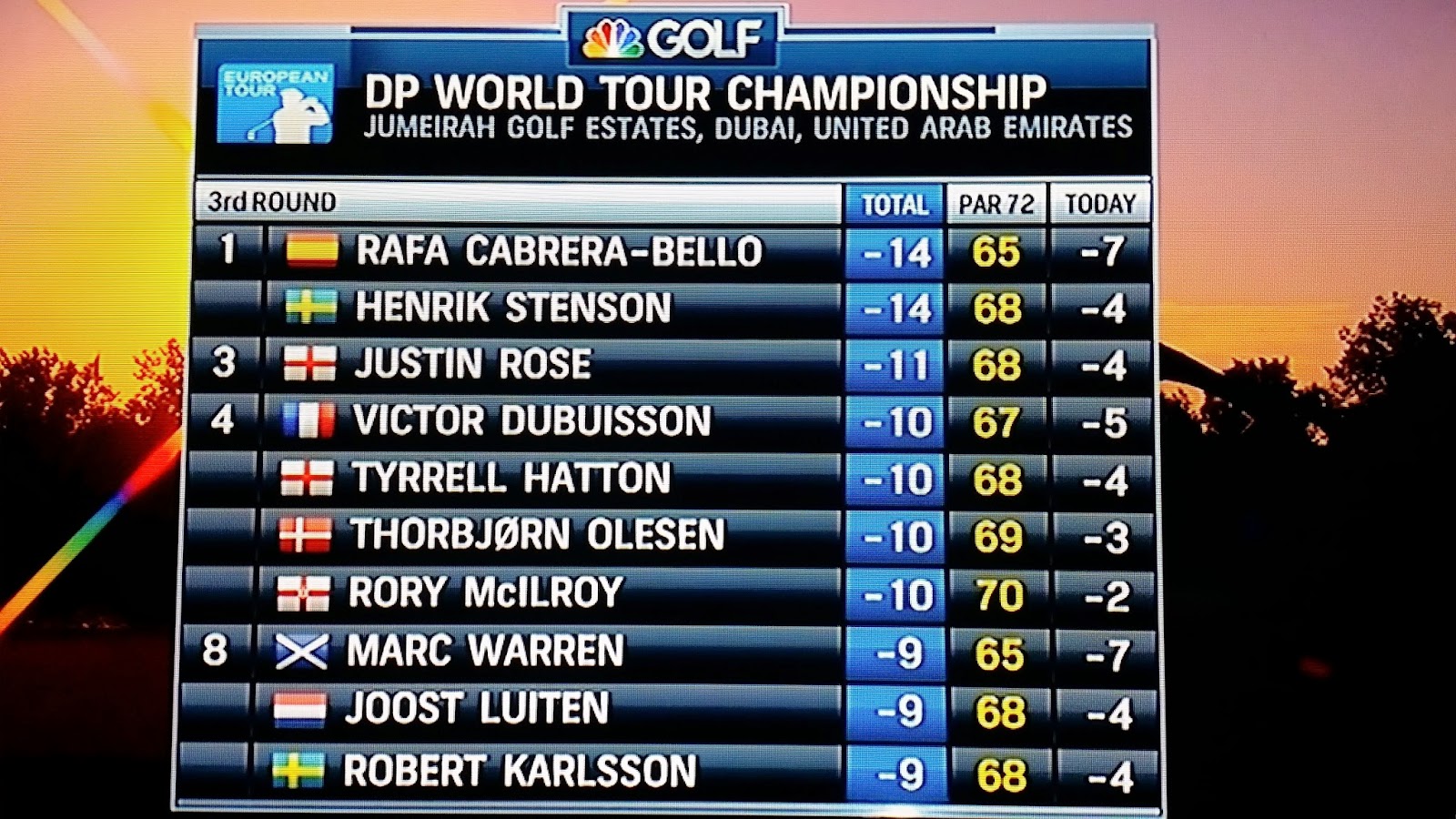 BELLO AND STENSON RUNNING AWAY? 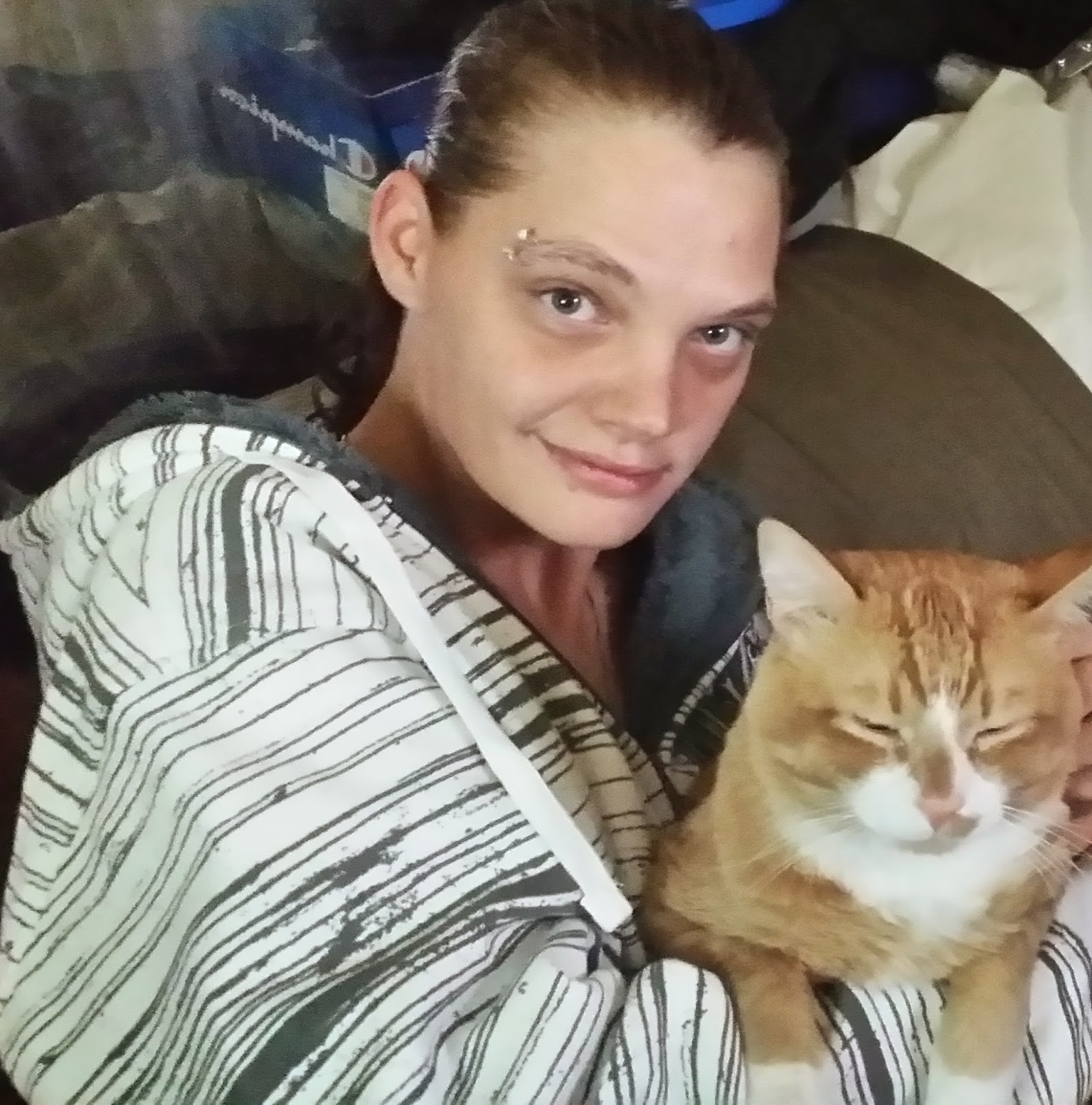 Sometimes the final leaderboard - doesn't tell the whole story.  With my guys gone - the focus was on my sister.  When she placed my bets - told her to put $5 on whomever she wanted. She picked Bello. At 125-1 That ticket was worth $630. On Sunday he was Tied for the lead. As the day began, Bello and Stenson slugged it out on each hole. They stayed tied. Then Stenson pulled ahead by 2 strokes, He slipped and Bello caught him.  Tied again. Then Bello pulled away. 2 Stroke lead.  My sister wouldn't watch - afraid to jinx it. Told her it was tape delayed and she couldn't. She conceded.

As Bello reached the last few holes - he just needed pars to secure the victory. Then it Happened. He sliced an Approach that looked like it was in the water. It wasn't - but it was on the bank in an impossible position. He could barely reach it, was far from the Pin, and needed a very long - perfect fade to save Par. That's when my sister joined me to watch. I wanted him to take a drop, lose a stroke, and keep a 1 shot lead. 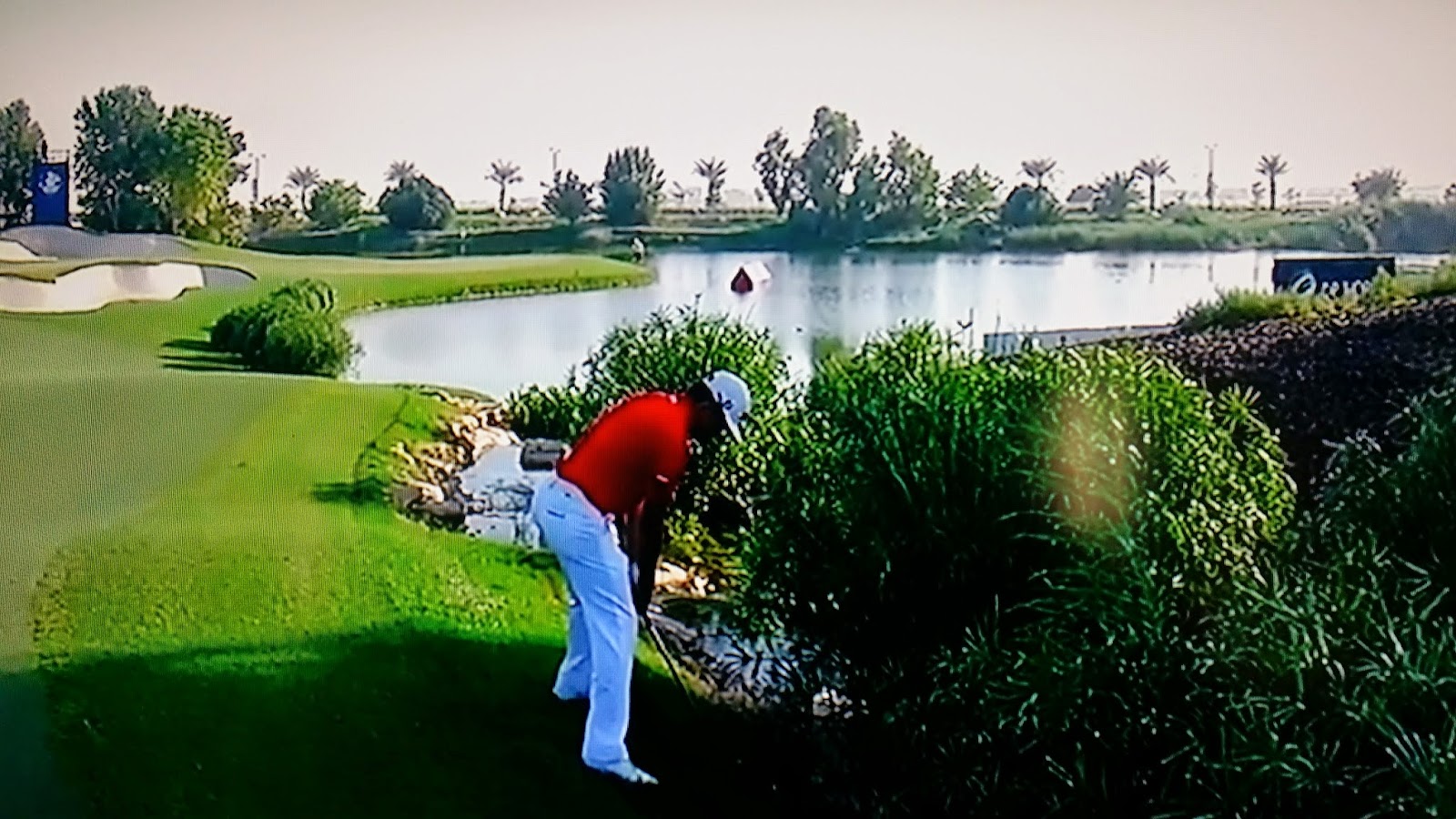 Announcer: "He is so annoyed by his last shot he will probably go for it".

Announcer: "This is the shot that wins him the Tournament"

Hits a long fade - It Hit the Green!
Then bounced and rolled into the water.
Bello Never Recovered.

She was pissed - cursed me for making her watch. Yeah it sucked - but - could have been amazing. Imagine if he stuck it. We would have been jumping up and down and Screaming for Joy - Would have went out for Sushi and Saki Shots -  Yeah Over Golf.
I have experienced that High several Times. One of these days  - it will go her way and she will finally see why we watch.

Thanks Bello!
Win or lose - You Showed Heart - it was Worth the Price of Admission.

Like I Said. The Leaderboard doesn't always tell the whole story.
His name isn't on it. But We'll never forget how close he came to immortality.
And how close she came - to doing a back flip - over a boring little game of golf. 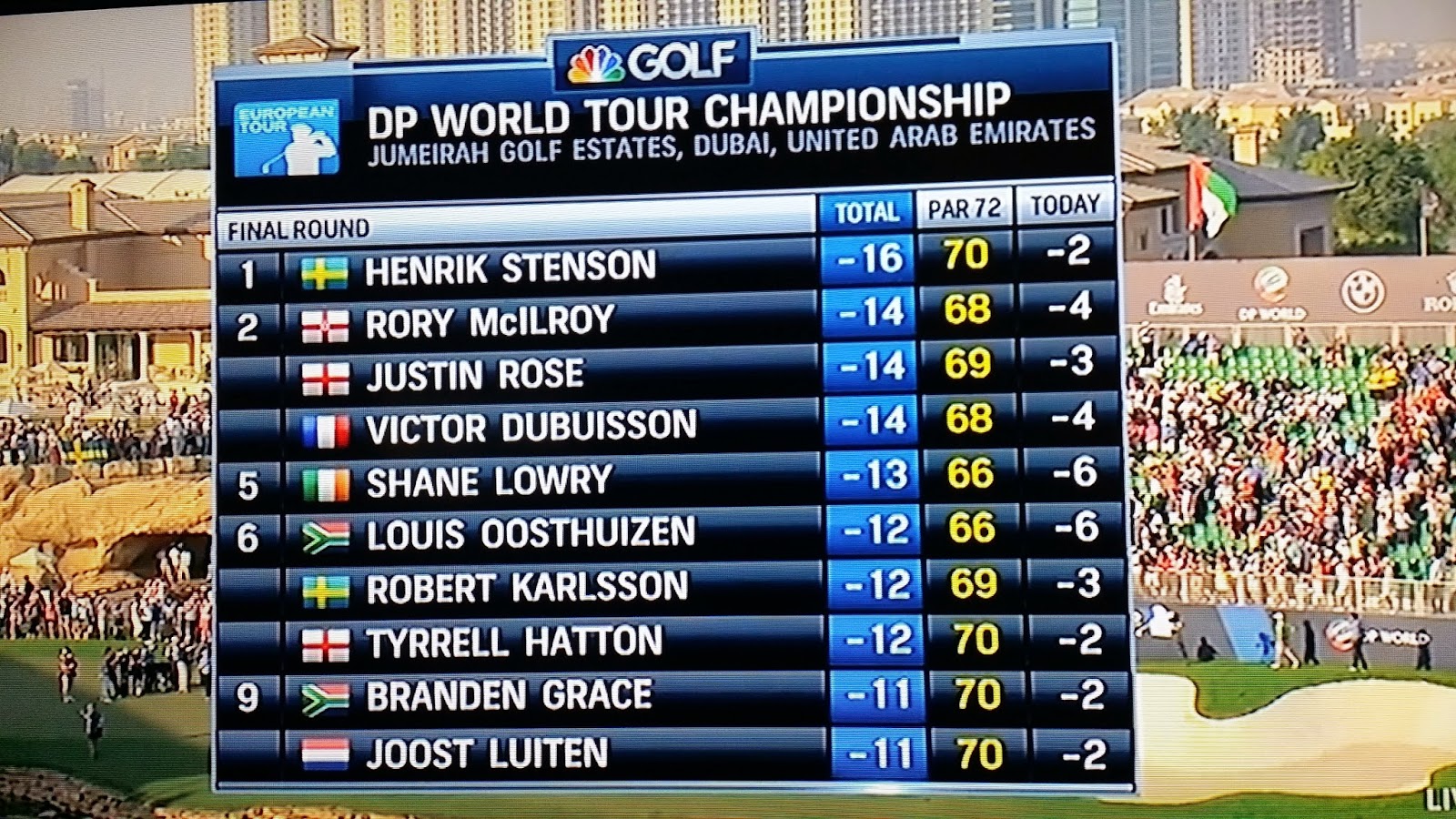