Sunday was Pretty much a total fail. With a storm front moving in,
They started early, 4 hours ahead of the broadcast.
Our friends at Golf Channel pretended to be relevant and
"Told" us what was happening at 7 am Sunday morning.
Charley Rymer gave a demonstration on how to put looking at the hole.
Now you too can perform the one flaw in Spieths game.
Next time I'll just wait for the tape delayed broadcast.
When we did see what was happening, it was less than impressive.

Troy Merritt
cracked under pressure and fell off the lead.
Jordan Spieth
was just too worn out to chase down the leaders in the final round.
Mat Kuchar
After 4 hours of hearing what a neat guy he is on GC.
He choked away any chance he had as usual
Kevin Kisner
Showed real  promise contending. Keep an eye on him. Brendon Todd
came close but a bogey on a par 3 left him a stroke short at the end
Jim Furyk
was impressive, shooting a final round 63 and not choking on the lead for the first time in 5 years 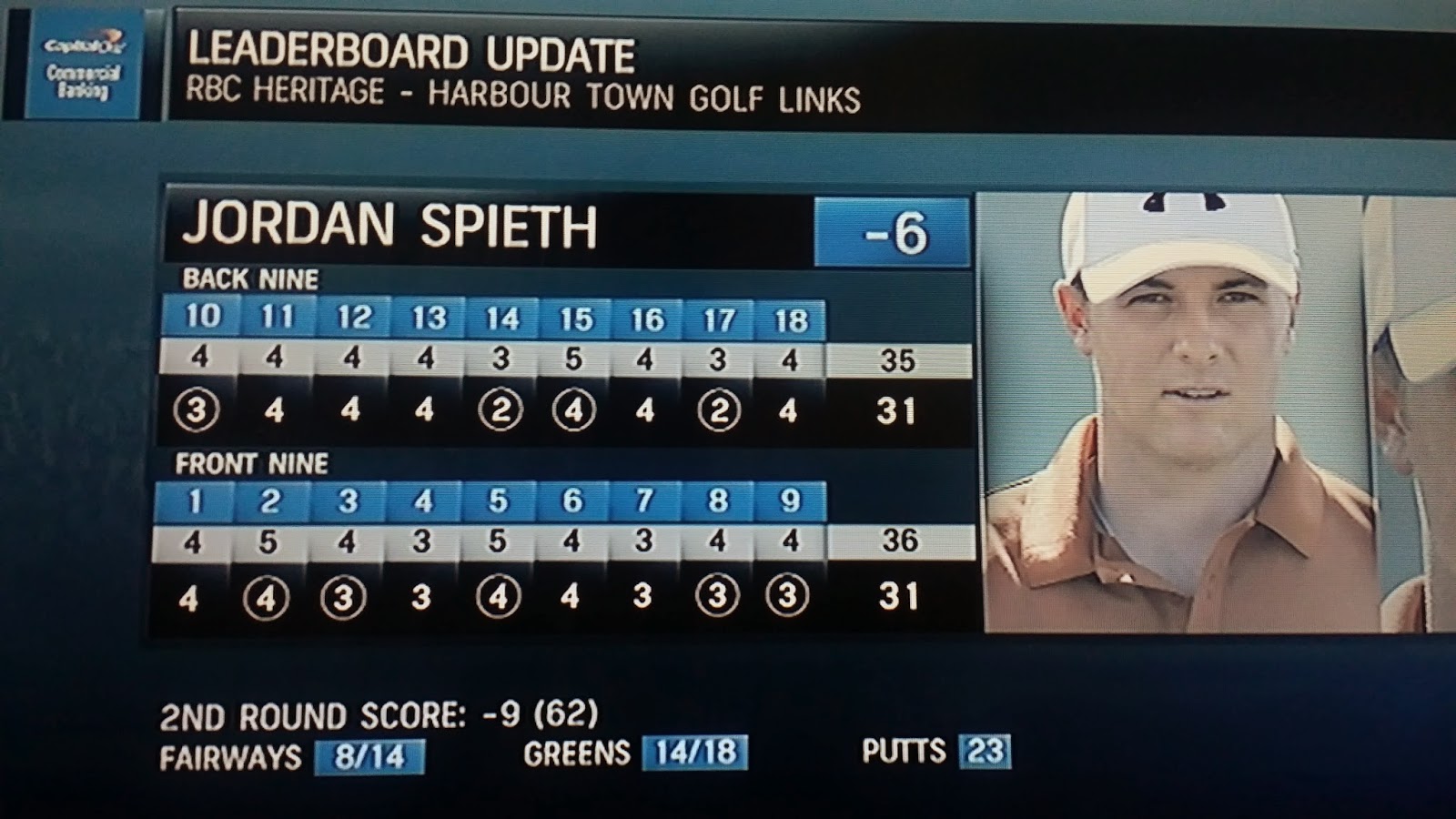 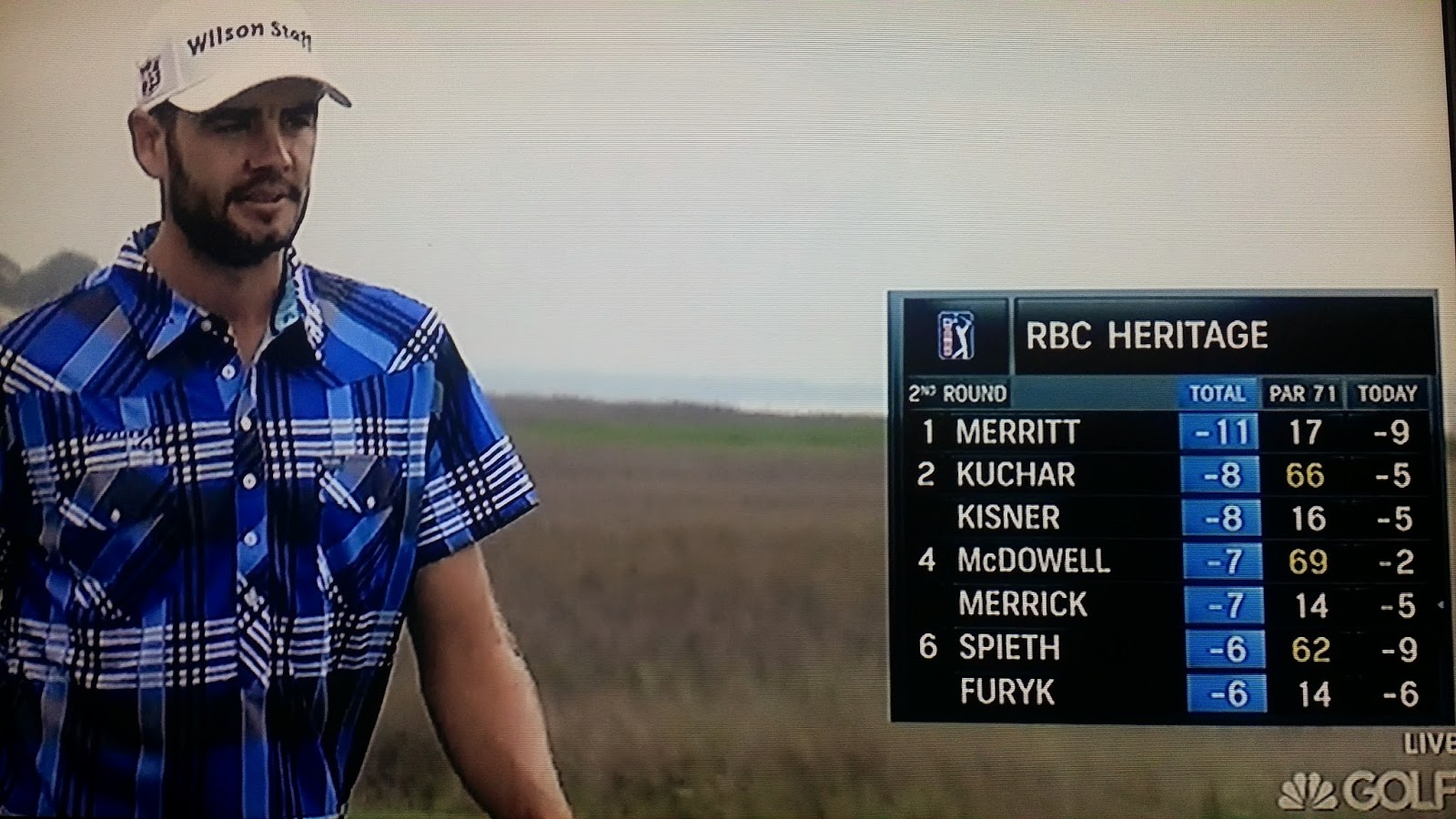 ______ROUND 1______
After a 25 hour press Marathon - Jordan was exhausted as expected 3 Over.
Hoffman started strong but fell hard to Even.
Reed got to 2 under then double bogied 18

Inside Tip
As we all come off our Masters/Spieth hangover - there is still a lot of golf to be played.
This week the tour is at Harbour Town for the RBC.  Here is some inside info on this one - Players who perform well at Valspar (5 weeks ago) do well at RBC. Check the stats charts for those players.

Jordan Spieth
If you do the math, I think Spieth needs 2 unanswered wins over Rory to take over world #1. So, as worn out as he will be - he also is under no pressure to win a tourney that would actually help his cause greatly.

Charlie Hoffman
Is our top Rated Pick this week. He was stellar at The Masters. Good Recent Finishes and Good at RBC. Only knock is he did not play well at Valspar.


Patrick Reed
Is an AssClown. Can't stand the guy. But he was 2nd at Valspar and will want a win at RBC bad. Almost against my religion to bet him - but hey - I can buy a FatHead of him and deface it in my garage.


Team 2015
These are Young Guns you should bet every week - if they are on the sheets in Vegas.
If not and you can bet them online -Do it!

Derek Ernst
Lit it up Last Year at RBC. Not on the sheets in Vegas - great longshot if you can find him online.


Other Top Picks
See Chart Below 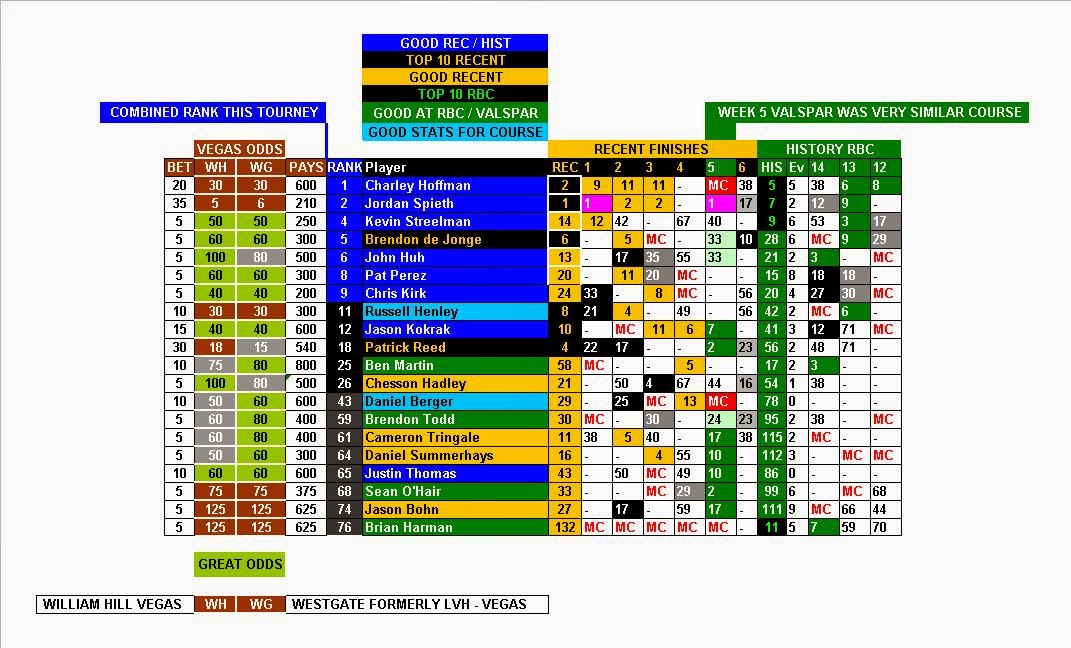