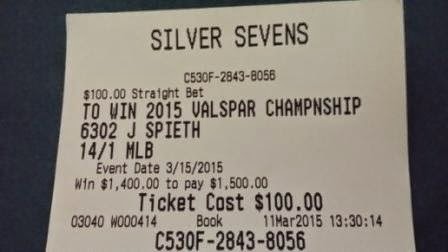 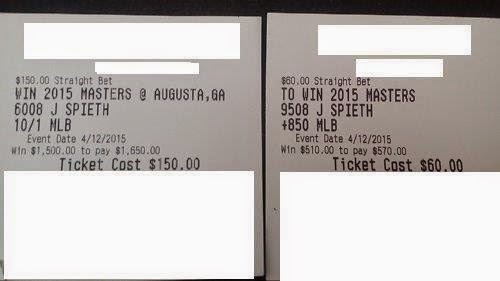 Announcer David Feherty summed up my emotions at the beginning of the round:
After following Jordan for years - "I dont think I could be more nervous before a final round if I were playing in the Masters." It's hard to fathom the pressure that was on 21 year old Spieth.

The first few holes were like a Leonard Hagler fight. Rose Birdies, Spieth answers.
Rose Birdies, Jordan Pars. It was not a knock down, just a slip. RoSe would win a hole and we would sigh. Then we would realize - hey - that was still a Par - he has a 4 shot lead. Jordan would pull away with a 6 shot lead at one point in the round. But this is The Masters - it's never that easy.

All the pregame player interviews had the same theme. "Jordan is playing great - but anything can happen - I need to shoot low and hope to have a chance".  Rose and Phil were in hot pursuit on Sunday. Roars from Phil's gallery ahead caused Spieth to back off puts and approach shots on several occasions. Phil fell away late. On the back 9 - Rose took a standing 8 count with a shot into the trees, followed by a shot into the gallery. I was ready for his corner to throw in the towel when he stuck an approach on the green that rolled back toward the hole and nearly went in.

The Crenshaw Curse reared it's head once in the round as Jordan looked at the hole and missed a 3 footer. But that was not the story.  We have all played the game ourselves -  "____ has this to win the masters". Spieth had several of those moments. Bone chilling Par puts - any of which would have opened the ground beneath his feet and swallowed him up like so many that came before him. A birdie on 15 and par on 16 were the final combinations that dropped Justin Rose to his knees -  for the final count.

The record low score at Augusta was (-18). Spieth had little more than a tap in to break that on 18.  He didn't look at the hole on that one. But pushed it right. He was probably thinking - let's not cook this 10 feet past. When someone wants to see you again, they leave something at your house. Perhaps Jordan just Wanted an excuse to return to Butler Cabin for that 19 under.

The world and the field was rooting for Jordan Spieth to fall.
His 5 shot lead over Hoffman and 9 shot lead on the rest of the field - had systematically destroyed millions of bet tickets and the hopes
of almost every player in the field.

He stood his ground, making bone shattering par puts to maintain a 5 shot lead most of the round. A crowd roar from Phil's group rattled him for a minute. He backed off , then left a very long put 10 feet short. He missed a 3 foot par put and dropped  back to a 4 shot lead.

He caught fire again and looked like his could close out the Master that day as he moved to 18 under and a 7 shot lead. Then, Once again, he missed a 3 foot put for par and eventually went from (-18) to (-16) ending the day by making an impossible short sided chip over the bunker and perhaps the most frightening 10 foot put for par ever made.

I thought he had shaken the Crenshaw Curse "These are missable at Augusta" on Friday (See Longest yard article above). Seeing it rear its ugly head again yesterday was disturbing. However, he was on the range putting 3 footers over and over again - actually looking at the ball - not the hole. Based on that, I think we can be put to bed.

He is paired with Justin Rose which most agree is better than Phil. I have mixed feeling whether hearing roars in front is less disturbing than being in the group with that gallery. Based on yesterday, I'd prefer the later. In any case, it will come down to Jordan going out and playing his game. If he can tune out the entire universe - he will shoot 4 to 6 under and just wrap this up. If not, the world will get its wish and he will bring Phil, and potentially even Rory and Tiger back into the Mix.

My money's on Jordan. 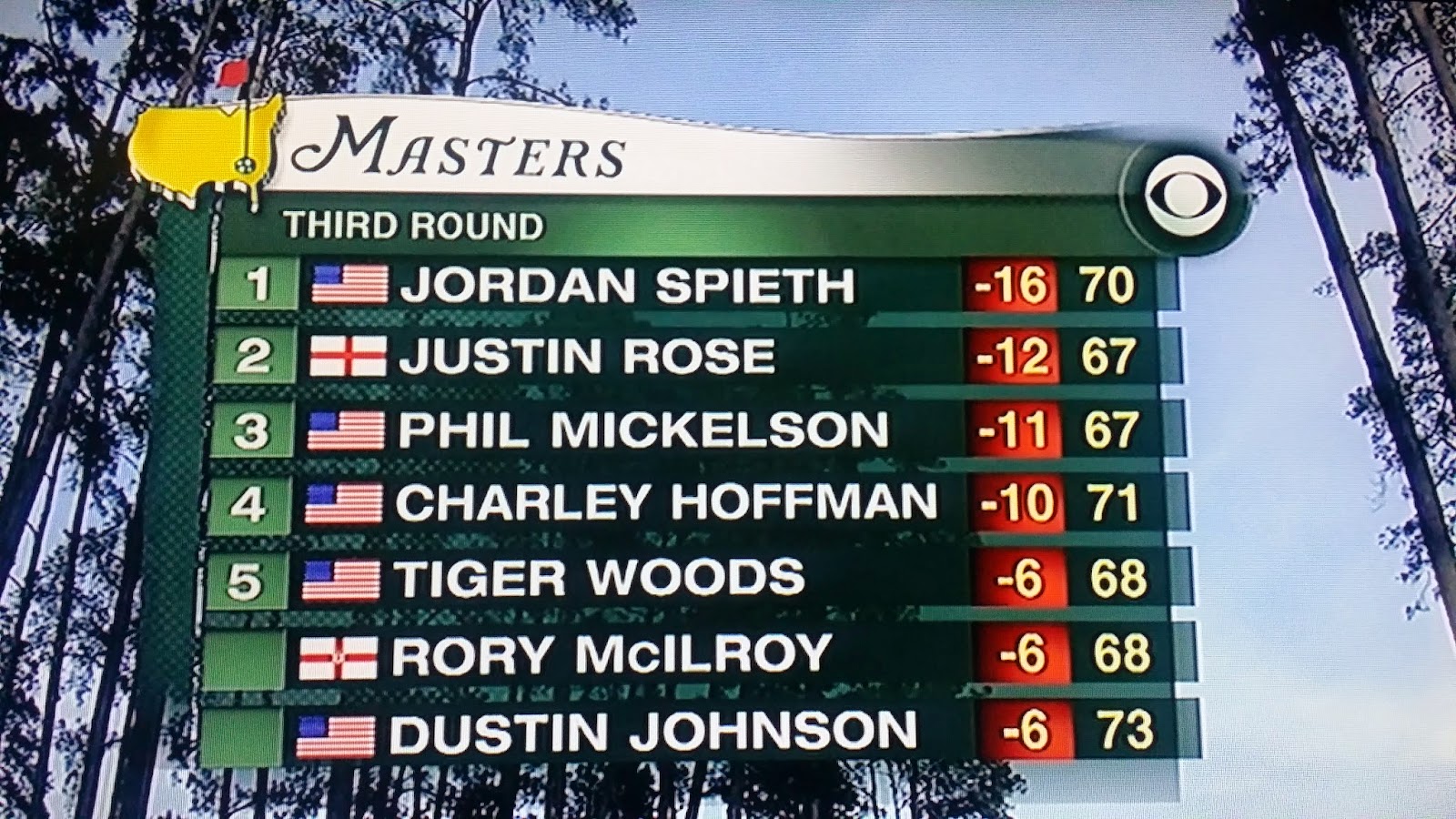 
As you know - I have followed Jordan Spieth for years.
What is happening at Augusta - just doesn't happen in sports.
As a fan - it doesn't happen either.
If you watch golf - you get to see your favorite player on TV once in a while - maybe.
If he is not near the top of the leaderboard on Sunday - they don't show him.
The average golfer makes it there once or twice a year.
As far as winning - maybe once every 2 years - if they are good.
This is why this month is a guilty pleasure for me.
First he won 3 weeks ago - I pocketed $1600
Then 2nd place, then 2nd place.
I see more of him than my own family these days.
And I'm loving it!
The kid I predicted  (a year ago) would become World #1 by this year -
The kid everyone wrote off last year -
Is leading the Masters.
Did I say leading?
I meant he shot the lowest 36 hole score in Major history today.
He is playing against the best in the world
With a 7 shot lead on the field -
and a 5 shot lead on 2nd place -
The greats of the game are all asking -
"What the hell are we supposed to do now?
The tourney ifs far from over.
However, He destroyed 2 world class fields at the beginning of this year
2 weeks in a row.
He is a student of the game with a 40year old golf brain-
in a 21 year old head.
He's humble, confident and focused.
He shot 8 under Thursday
6 Under today.
He left shots out there each day.
There I said it
You have not seen his lowest round yet.
The only weakness in his game was short puts
He's making those now too. 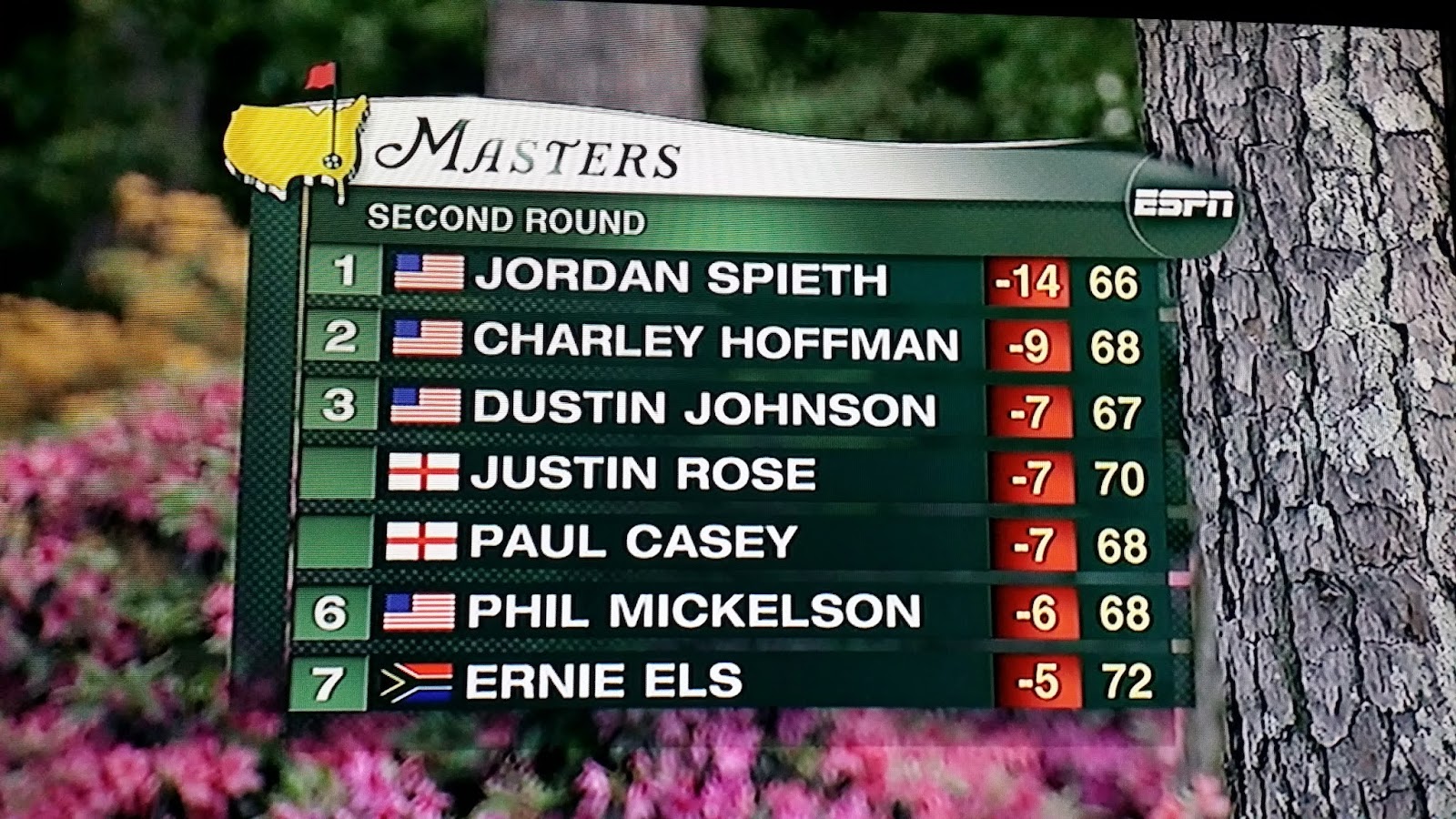 
It was Tigers day.
He would return to stage that commanded ovations so many times.
The odds were 50/50 he would miss the cut.
He had worked hard for months and felt ready to compete.
He didn't tear it up, but his work payed off.
Sean Foley had completely destroyed his short game.
It showed in his last outing. Chips landing a few yard in front of him.
20 yards short of target.
What we saw today was a workman, competing against his legend.
and a legendary course. He showed glimpses of greatness.
Making shots around trees that only he can make.
His short game is back. It got him pout of trouble several times.
The dip in his swing is still killing his ball striing.
But it was obvious - he will be back,
Then Came Jordan
He showed the patience and maturity of a Steve Stricker - at 21.
He made par puts that could have sent him packing.
He drained 18 footers for birdie.
As he walked onto the 18th hole -
The huge gallery gave him a standing ovation.
He brought them to their feet again - with a 15 foot birdie put on 18. 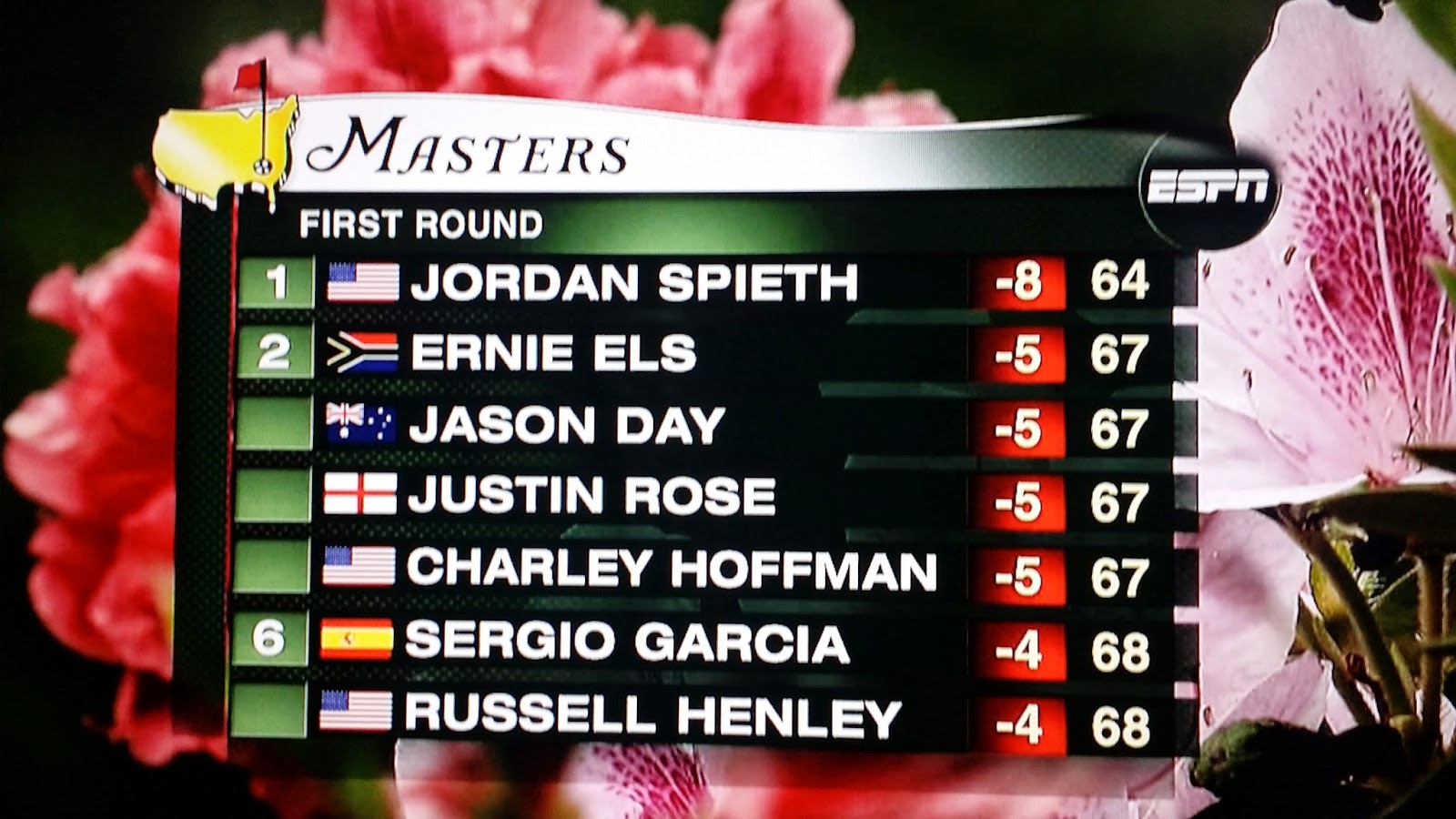 I'm Rooting for
Jordan Spieth
But a Ton of Talent this Week
Mat Kuchar
is the Highest Rated Player in the Field
Bubba Watson
Hasn't played for 4 weeks But Always a Threat
Henrik Stenson
Didn't Play the last 2 weeks
Before that - 3 Top 5s in a Row!
Rory McIlroy
Top 10 Last two Outings - 8th Last Year
Jimenez
On Fire in 2014 - 8th Last Year
Jimmy Walker
Just off a win 2 Weeks ago
4th Last Year
J.B Holmes
Long and Trending
Dustin Johnson
Long and Trending
Tiger Woods
Worth a Ticket at 40-1 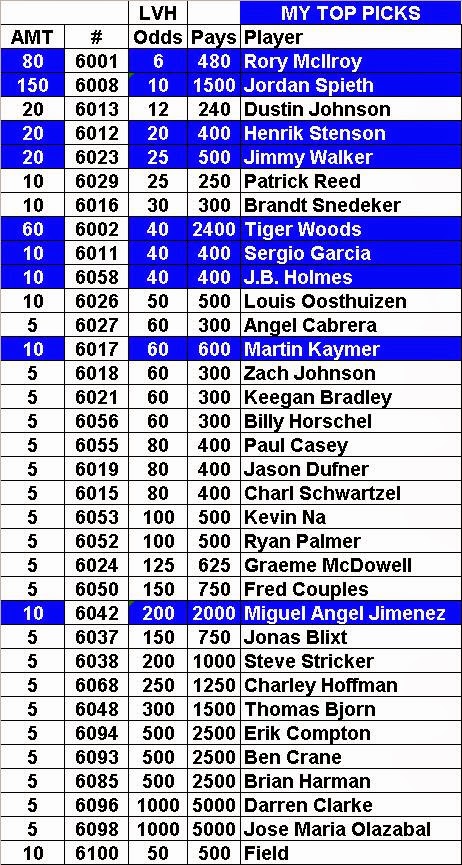